Inside the metal walls of a caravan, Abu Malek, his wife, and two of their kids sit on three mattresses laid on the ground. A flickering light — powered by an external battery bought from a mechanic in the camp a day prior for JD5 — hangs overhead and a TV and metal fan sit idly in the corner, off due to a power outage.

Abu Malek and his five kids — who became six in the camp, three boys and three girls — made their way from Inkhil Daraa to Jordan on January 27, 2013. Abu Malek’s end goal, ever since he started town hopping searching for refuge in Syria, is to educate his children and find safety and quiet.

“I chose this location in the camp when we first came because it was far and quiet,” he said.

“It (the area) still did not have services, so no one was there. I wanted to be alone.” A refugee rides a bike inside Zaatari refugee camp. Bikes alongside trolleys are used as the main transportation mode for refugees. (Photo: Ofxam)

Zaatari Refugee Camp in Mafraq Governorate saw its first tents pitched a decade ago. Now, 12km from the Syrian border, the camp is home to 82,000 Syrian refugees, 40 percent of who are under 11 years old. Some of the younger camp residents know nothing but the borders of the camp.

Abu Malek’s youngest daughter Dmou’, meaning tears in Arabic, is eight. Born and raised in the camp, she is the only sibling still in school.

At the beginning, Abu Malek was hesitant to send his daughters to schools, much like he was worried about leaving his tent due to harassment and security concerns. But the situation flipped “100 degrees” since then, he said.

“No security cars were allowed among the tents back then. Even to get our groceries, I would get them and go straight back. ... With (the) amounts of tents, you could easily get lost.”

Zaatari has 32 schools; all are in recess for the summer. Dmou’s brothers, 17 and 15, left school due to lack of income and health issues.

The 15-year-old has a serious speech impairment and suffers from a disability that impacts his capability to learn. He takes weekly speech therapy classes alongside writing classes, but Um Malek says there is little improvement. He spends his day with his younger sister Dmou’, watching videos on the phone. Their mother said he does not leave the caravan due to bullying, but will sometimes sit outside with the family.

His medicine, which costs JD50 a month, worsened the financial situation of the already destitute family who had to stop buying it for two months now.

At 16, Abu Malek’s other son, now 17, “was top of his class”, his mother said. He left school as he reached 10th grade because his father fell ill and was not able to work. He currently works in the city of Salt at a water station. The “Sham Elysee”, a 3km-long thoroughfare that is home to a bustling market, including barbershops, bridal stores, grocery shops, restaurants, and more. (Photo: Jude Taha/Jordan News)

“I regret it, we all worry for him. We told him he should go back, but he keeps saying ‘I need something I can help you with, not school’,” his mom said.

“It is going well, allhamdulillah (thanks to God),” he said. Zaatari’s waste separation at household level stands at an impressive 80 percent.

Abu Malek used to work on a farm in Syria; while in Zaatari, he worked on some farms outside the camp, but the pay “could not guarantee the rent”, he said.

“The effort to leave the camp and get a permit is not worth it. The reward is not enough.”

“I used to cry for him. He would leave the camp at three or four in the morning and come back utterly exhausted, and for what? A barely livable wage,” said Um Malek.

Currently, their caravan gets electricity 10 hours a day at most, much like the rest of the camp. Their water has been cut for three days.

“We used to get water every eight days, now we have to wait for 12 days,” said Um Marwan. By the first quarter of 2022, only 27 percent of working-age Syrian refugees in Jordan had work, the UNHCR’s 2022 Q1 refugee quarterly analysis showed. Of those who do work, 90 percent have temporary jobs.

In the camp, Oxfam offers short-term work opportunities, such as recycling and waste management. The jobs are paid, but dwindling international aid poses a risk to their operations and many others around the camp.

Qasim Qasim, said that since he started working as a camp manager with Oxfam in 2018, there has been “daily shrinking in the funds received”. This is felt through decreased job opportunities and increased negative coping mechanisms, which makes some resort to illegal and dangerous jobs, decreased food intake, and going into debt.

“Only 10 percent of the working population of the camp is able to get jobs — temporary jobs. This is the effect of the decline in funding,” Qasim said.

While the World Food Program offers a monthly JD23 food voucher per refugee, it is barely enough to cover their basic needs.

“The price of 5 liters of oil has gone up from JD9 to almost JD20. It is horrendous; we can barely buy enough groceries for a month,” said Um Malek.

Prices of food have increased globally, mainly due to the war in Ukraine and the aftermath of the COVID-19 pandemic. These increases are mimicked in the refugee camp, which has its own lively economy.

Um Malek shared that she is in debt to a couple of stores around the camp, nearly JD300–JD400 each.

Yet the emphasis throughout the interview remained on communal struggle.

“We all drink from the same cup,” said Abu Malek.

Besides survival, intrepid Syrians tried to recreate life as they knew it.

Stretching nearly 3km in the center of the camp, the “Sham Elysees” — a crossover between “Sham” ¬(Syria or Damascus in Arabic) and the Parisian “Champs-Élysées” — a bustling market, houses barbershops, bridal stores, bike shops and mechanics to upkeep the main transportation mode in the camp, restaurants, grocery and phone stores, all owned and run by Syrians from the camp.

Community is thriving in the camp despite the hardship. The narrow alleyways and streets have merged into districts and neighborhoods where families, siblings, and friends gather and walk in groups. Bikes and trolleys pulled by donkeys crowd the lanes as goods spill from baskets and boxes on the back.

While community is present, hopes of a better future across the camp remain scarce, and hope of return even more scarce.

“We are bored. We see the same people, we do the same things daily,” said Um Malek, but going back to Syria means something even worse to her.

“We would have to build up not even from zero, from below zero.”

As the international community’s priorities shift with growing humanitarian crises emerging, the Syrian refugee crisis is pushed to the back burner.

Yet, Qasim said, “whether Syrian, Iraqi, Ukrainian, or whatever — all refugees are equal”,  or should be.

Just 10 percent the Jordan Response Plan for the syrian crises was funded till July 2022. Signs of a stable Syria are far on the horizon, amidst food shortages and conflict-ravaged cities, yet there is no sign of more assistance from the international community.

“There is no security, we cannot go back. I could camp in the desert outside here (in Jordan) and I would be safe. If we go back now, we are not safe,” said Abu Malek.

“I have not spoken to my family there except twice in the last 10 years. They think we are in the Gulf, they ask to send them money, to help them, but we are doing just as bad as them.”

“The dead cannot revive the dead,” he added.

Um Malek, unlike her husband, sees no future under the circumstances.

“No matter how much we work, our future, my children’s future, is lost,” she said with a sad smile. 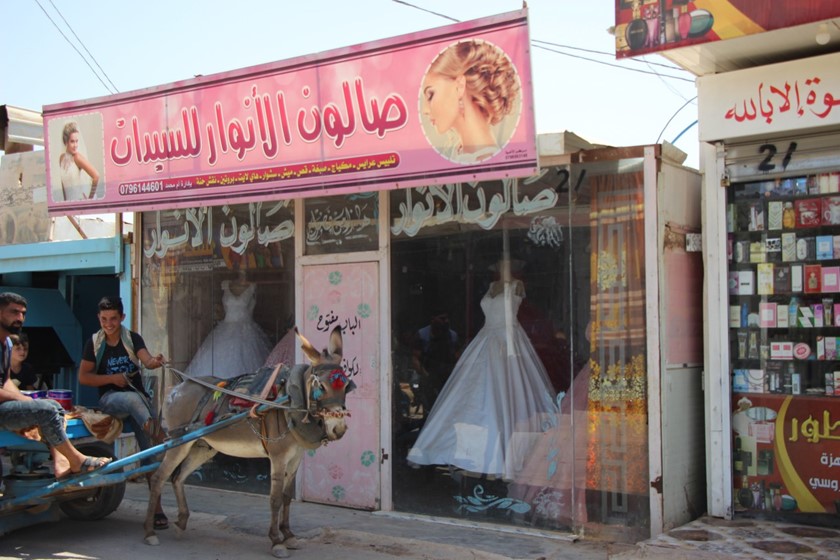 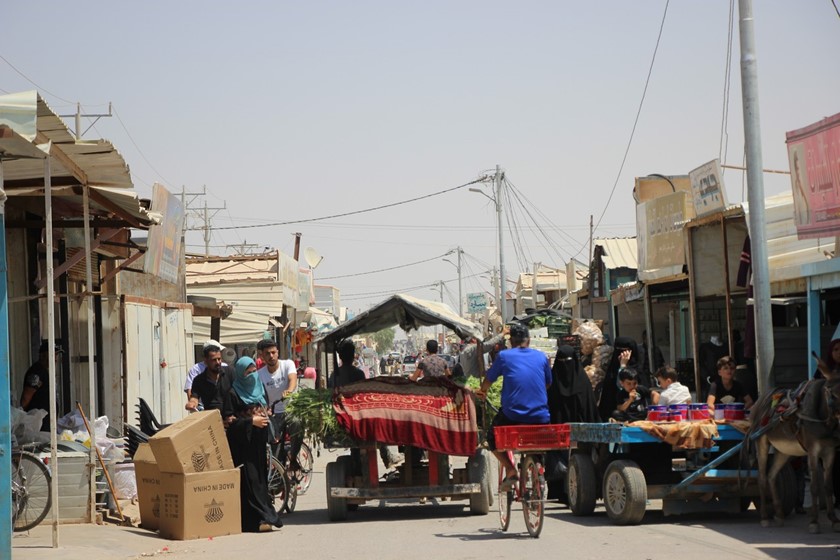 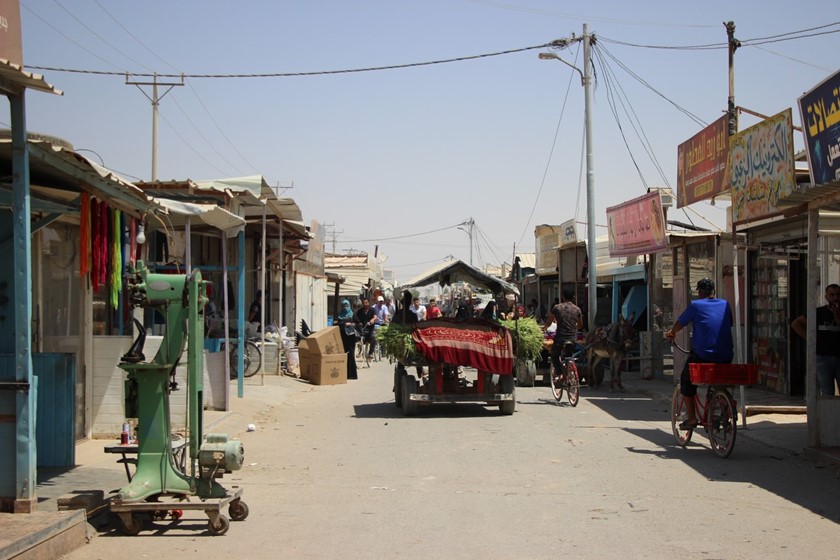 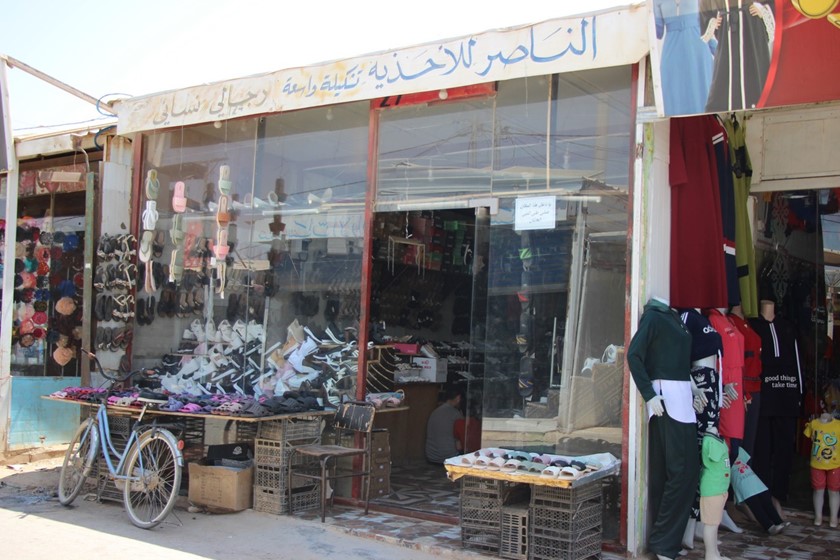 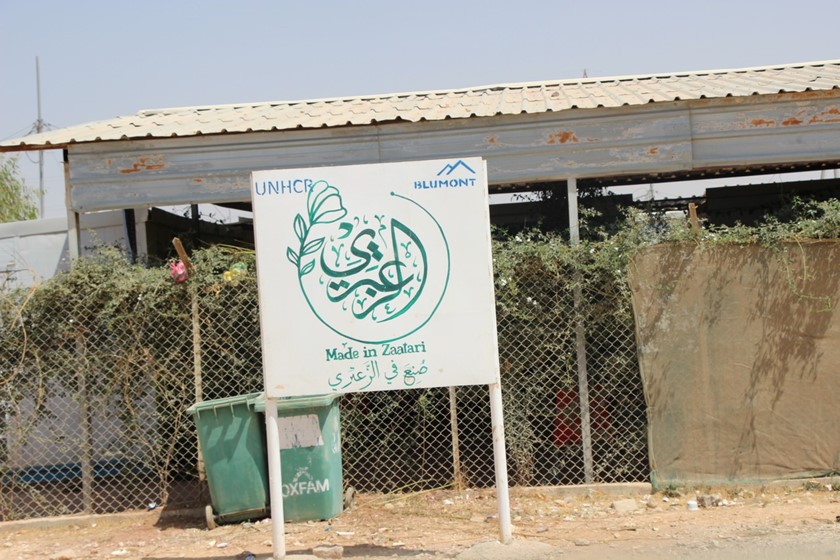 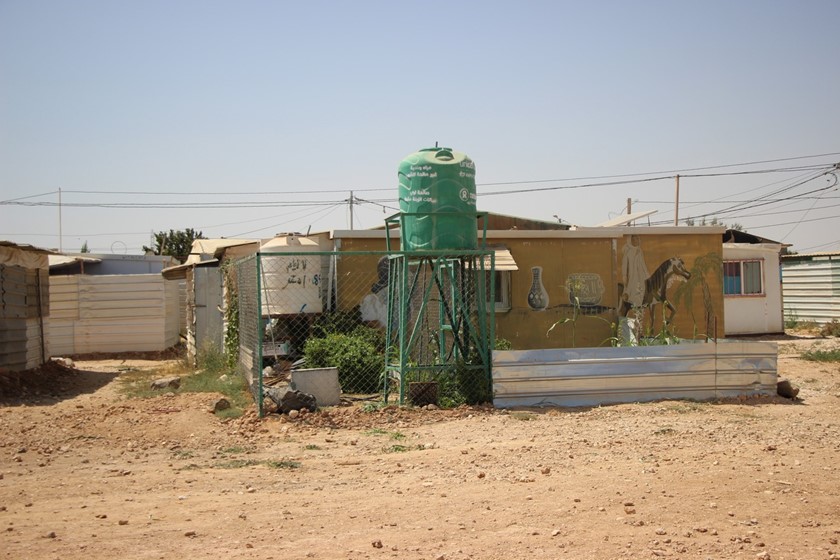 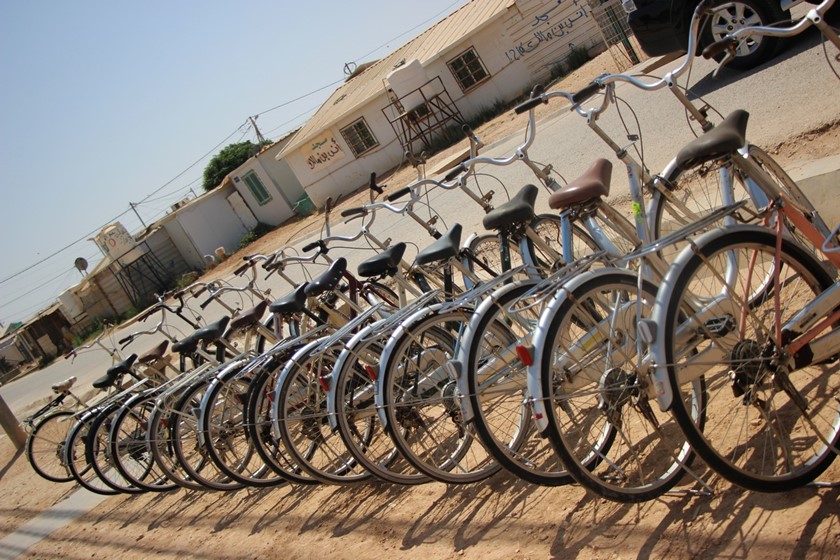 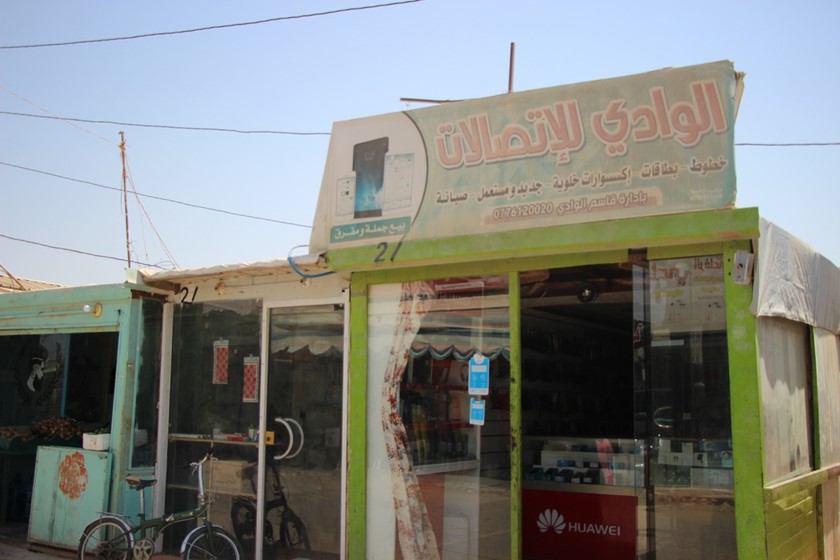