AMMAN — A four-floor residential building in the middle-class Jabal Luweibdeh has collapsed, killing at least 14 people and wounding 10 others, officials said.

The old building in the heart of the Jordanian capital Amman collapsed in the early afternoon hours, with residents trapped inside, according to eyewitnesses.

They said they saw rescue teams digging people from under the rubble, including a child and an old woman.


The authorities did not explain how the building caved in, but said they were investigating it.

The Ministry of Health confirmed the death toll, and authorities said rescuers were still searching for survivors.

Prime Minister Bisher Al-Khasawneh arrived at the scene along with top government officials. The premier was seen directing and instructing rescue teams.


One of the eyewitnesses, Mohammad Sultan, 30, told Jordan News that members of the armed forces, Civil Defense Department, and the Public Security Directorate crammed the area, which was sealed off. Electricity was cut off briefly.


14 people died and fifteen people were injured in an apartment building collapse in Jabal Lweibdeh, an upscale Amman neighborhood.

Jabal Luweibdeh, which boasts of several cultural and art venues, is also known for its cafes and restaurants. It is a popular area frequented by Jordanians, and the expatriate community residing in the country. 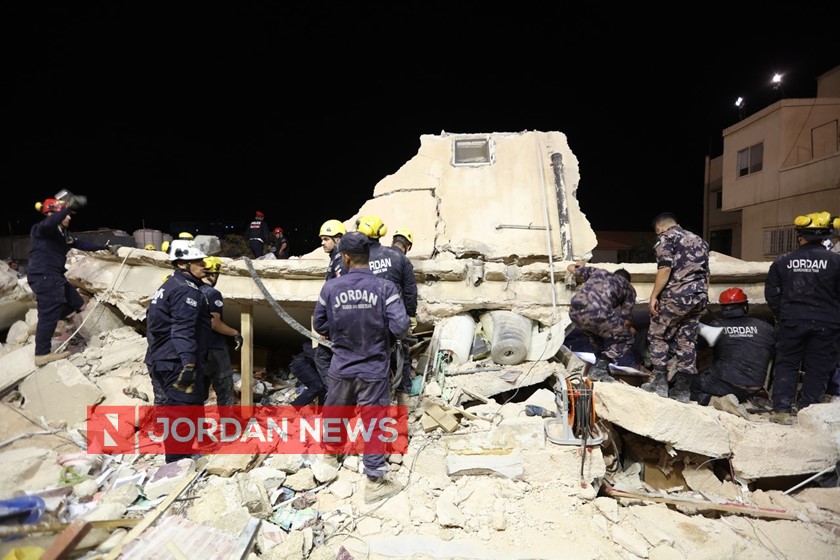 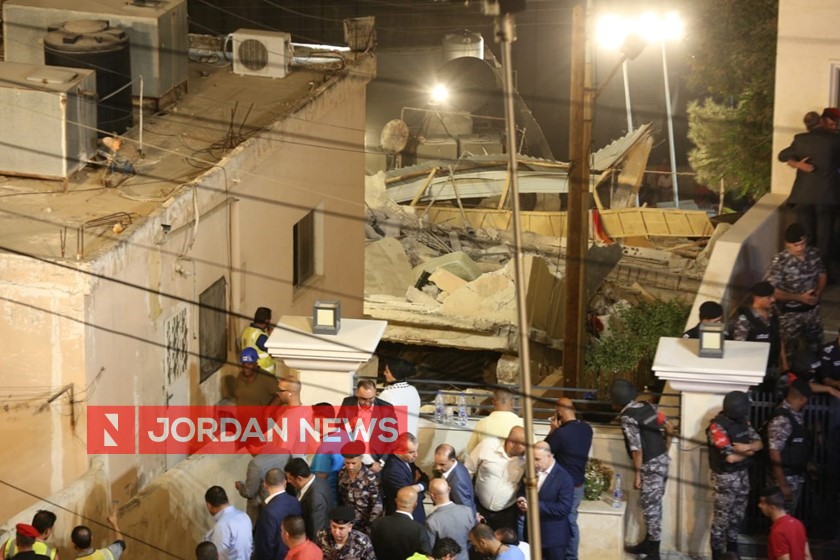 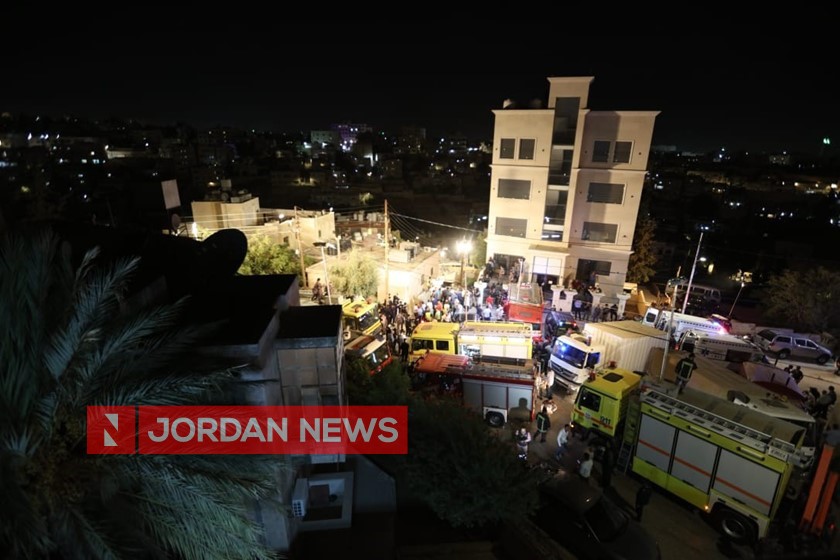 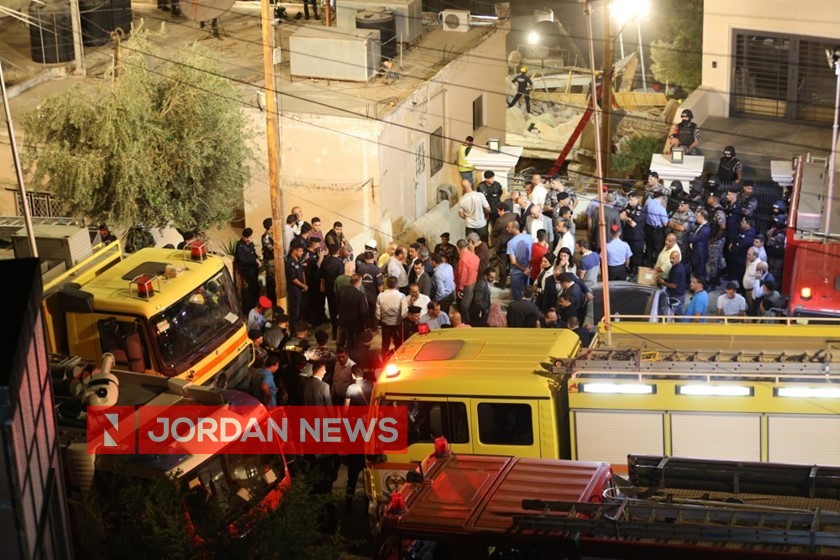 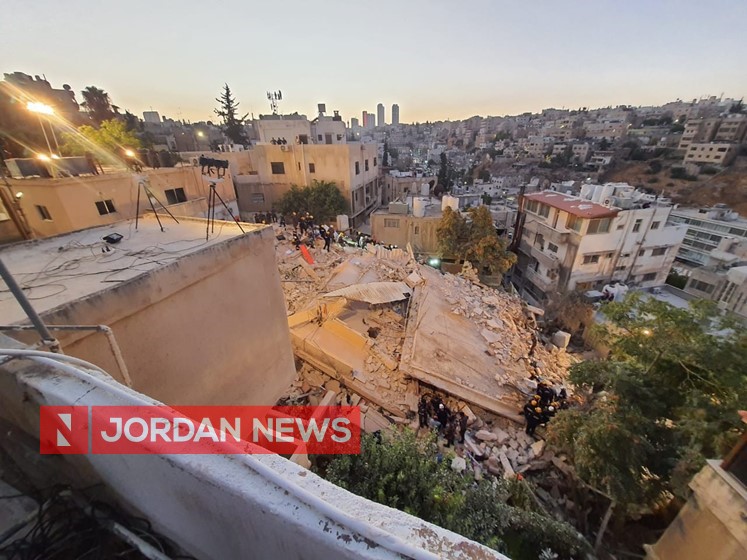 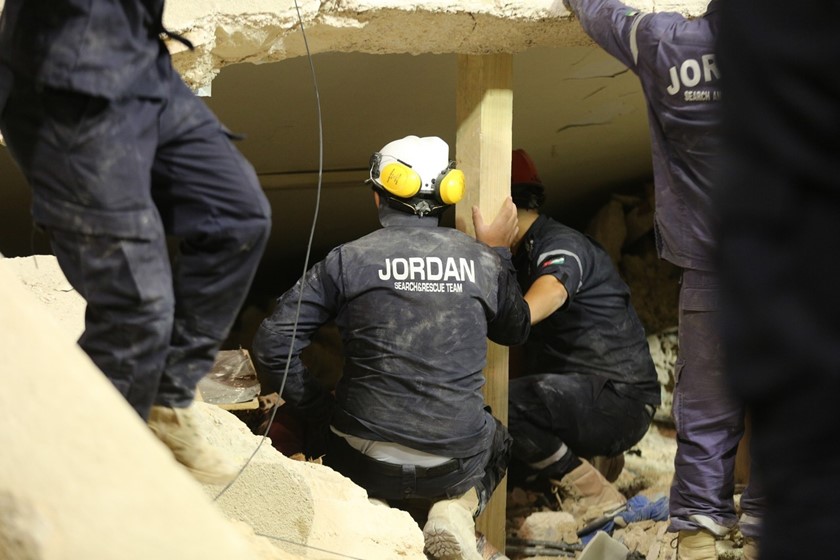 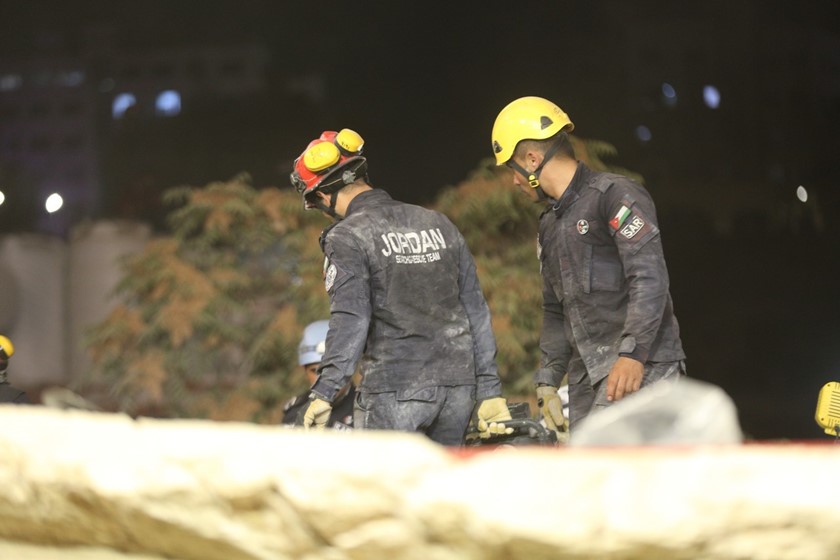 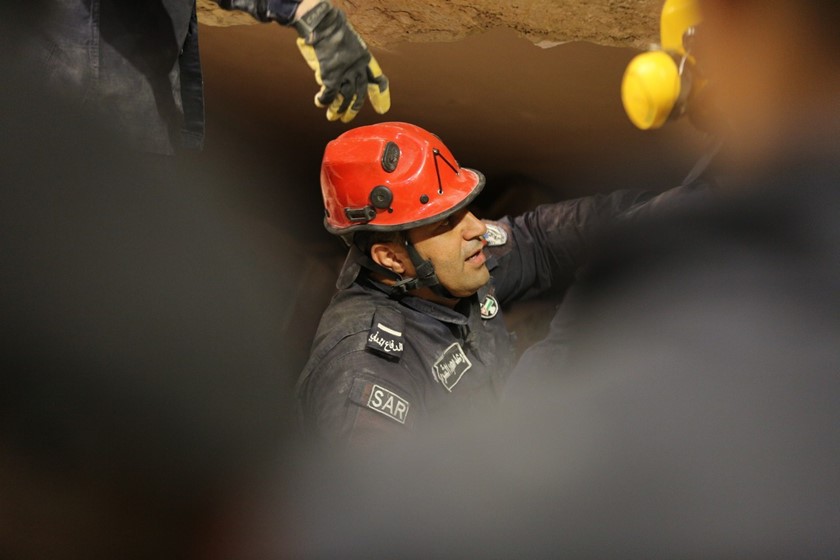 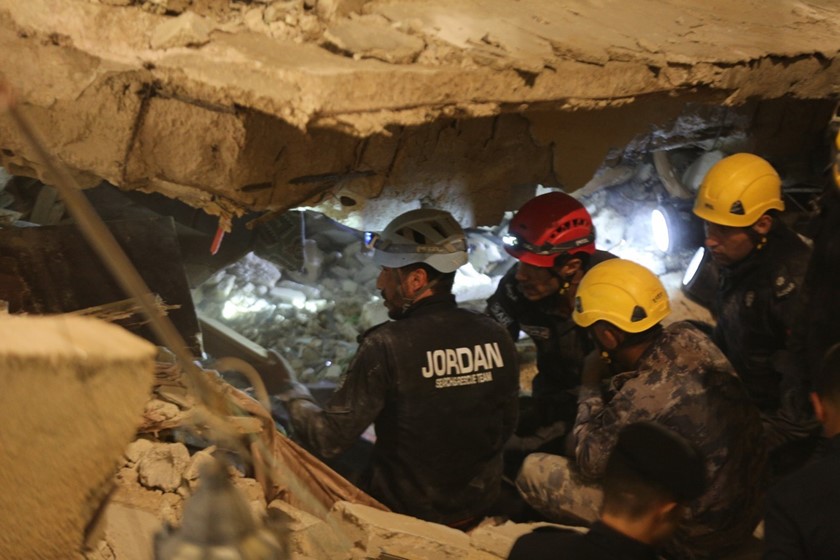 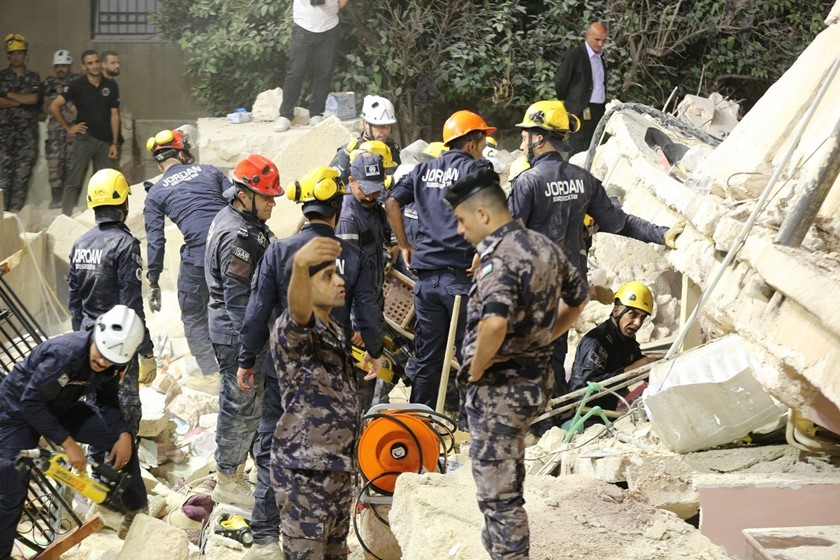