Black Iris : Where visitors can commune and engage with nature

Iyad Alkhreishah, Black Iris Farm owner holding PhD in engineering and specializing in physics and energy science, told Jordan News that the farm was established between 2015 and 2016 as a private place for his family, but “my love for animals and birds made me bring more species to the farm”.

“There are many types of deer, geese, dogs, cats, and chicken, in addition to llamas, ponies, and ostriches, among other animals, in the farm, brought from Europe, America, Africa, and other places,” Alkhreishah said.


Moreover, visitors have the occasion to see black iris, the national flower of Jordan, planted on 86m in the farm and the reason the farm was given its name.  Problem is, it only blossoms in the spring, said Alkhreishah.

A friend of Alkhreishah’s wife “visited the farm and sent a video of it to a Whatsapp group consisting of 64,000 members, and that was the lead that turned this place into a business”, he said, adding that initially, the farm was receiving about 300 visitors daily for free. Some suggested a fee for the visit, which the owner.

“Due to the COVID-19 pandemic, the government withdrew our work permits and we could not reach the farm most of the time, land that led to the death of around 1,600 animals and birds, causing losses that amounted to JD160,000,” Alkhreishah said. “We taxidermized most of the dead animals and kept them in a museum,” Alkhreishah added, his voice betraying emotion.

“After many attempts to obtain a permit during the lockdown, I finally was able to rescue as many animals as possible,” he said, adding that before getting the permit, sometimes he had to walk for long hours or take shortcuts by car, to avoid being caught, to reach places that sell animal feed.

A veterinarian works for three hours daily in the farm, checking on the animals and, if needed, giving them the necessary treatment and securing their immunizations to prevent the spread of diseases, if any are found. “These animals, that are mostly scared of humans, did not get used to people easily,” Alkhreishah said, adding that they have been tamed for six years before reaching the point where they are now, where people can approach them.

Volunteering opportunities are available for those who wish to join the team, including trainee veterinarians and others, he said. “Nowadays, 500 to 600 visitors come daily to the farm during holidays, especially school holidays,” Alkhreishah said, pointing out that the Ministry of Education declared the farm a safe place for school trips.

The food given the animals affects their behavior and appearance, he said, which is why he chooses suitable food for them, for, “in the end, they are souls and we must take care of them”.

Sometimes, people can take kittens for free, “on condition they pledge to raise them with utmost care and keep them safe”. “Each morning I stop by each cage and check on the birds and animals, as well as the sanitation of the place,” Alkhreishah said, adding that he usually finishes his work at the farm at 8pm, but there are instances when he would stay well beyond, like when an animal gives birth and is need of human intervention.

The project, which the owner “never thought would turn into a business”, “so far cost around JD4 million”, which he spent mostly “from my own pocket”. Revenues now come from the entry tickets, which are JD4 for adults and JD3 for children, still viewed by some as unaffordable, in view of the hard economic situation most people live under. Mohammad Alfarhan, a visitor, said that he enjoyed the experience, adding: “I believe this project will positively affect children’s behavior by introducing them to a new environment, and bring them closer to some animals.”

Saber Hussen, an Egyptian employee at Black Iris, told Jordan News that he has been working there for about one year and finds it very convenient, adding that the owner takes utmost care of the animals and the sanitation of the place.

Hussen said that in the time he had been working on the farm, it witnessed a qualitative transformation as “the owner made huge improvements in one year”. Tasneem Yamein, another visitor interviewed by Jordan News, said “the animals were fun and friendly”, adding that it was clear that the animals were tamed, as they were not afraid to get close to the people.

The experience, she said, helped her overcome the fear of animals she always had.

The only criticism she had concerned the high prices at the cafeteria and food-selling shops. 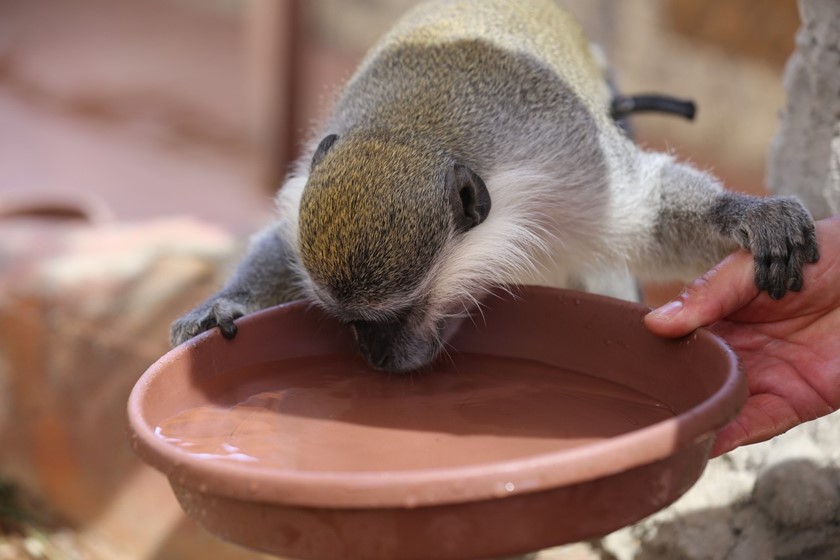 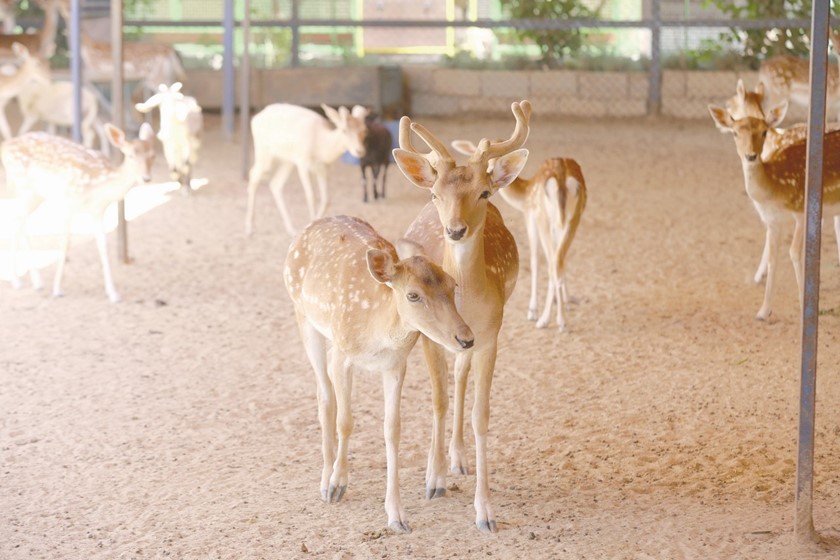 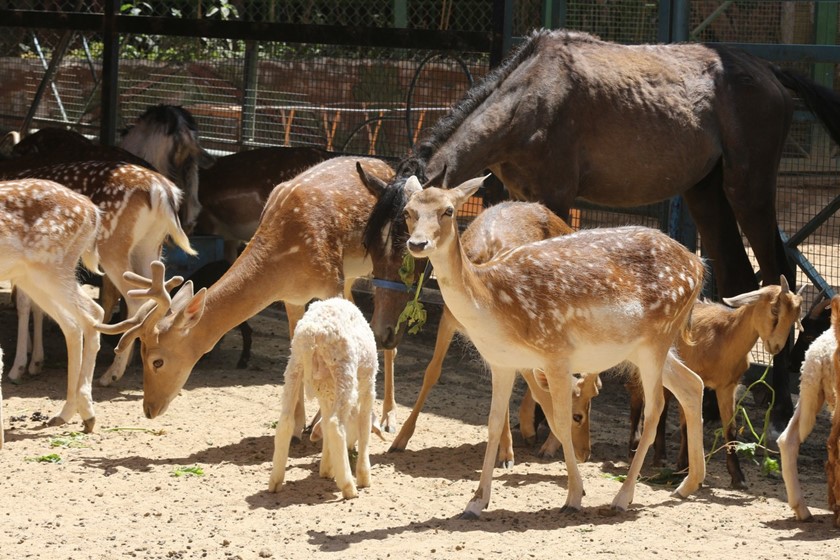 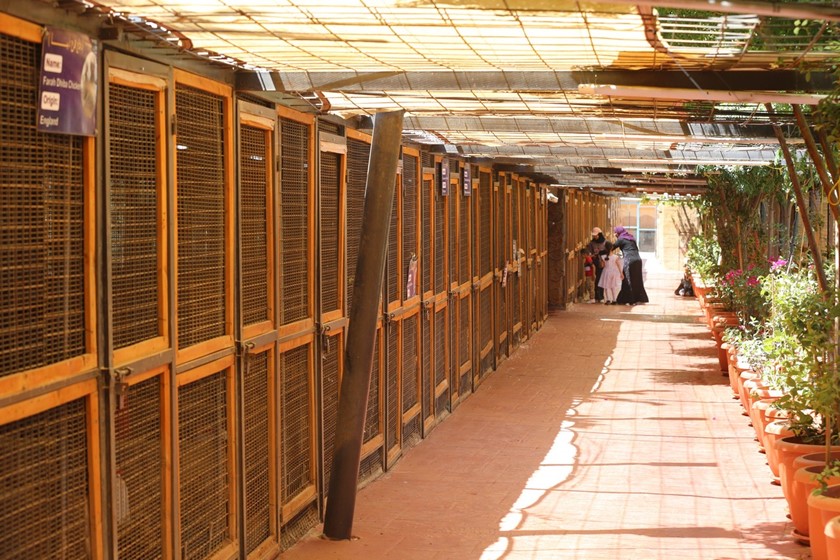 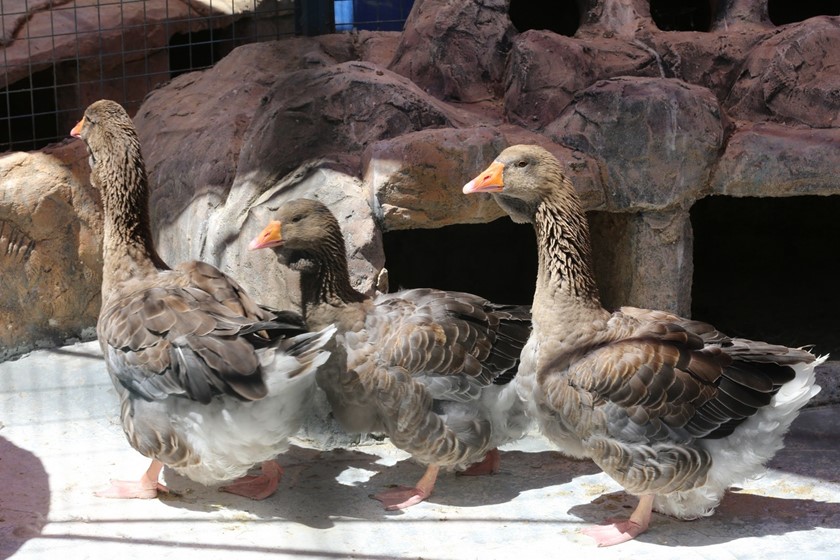 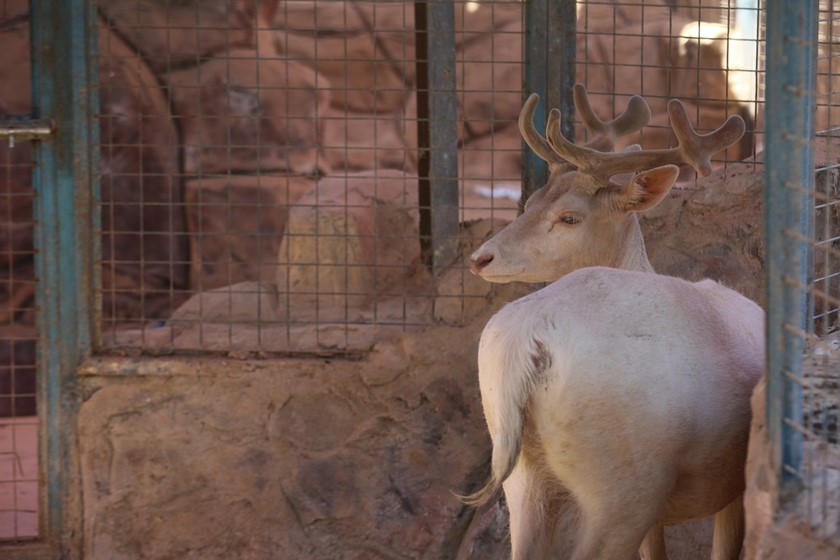 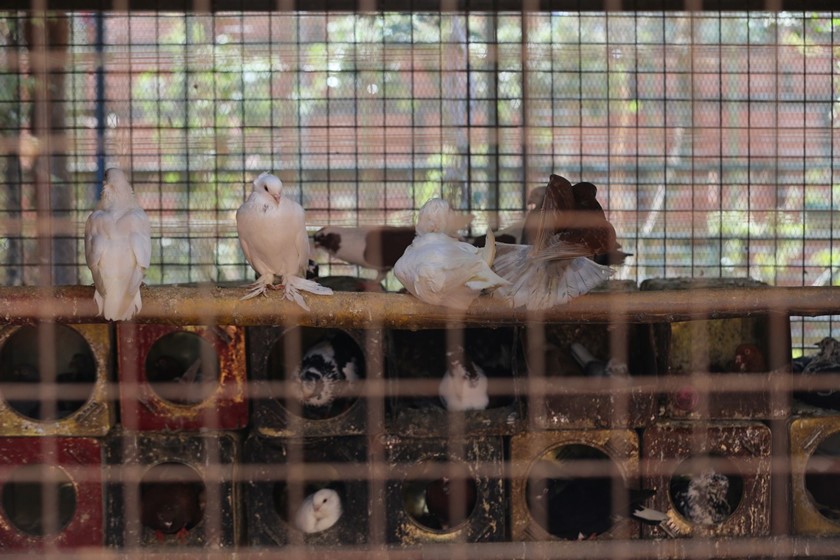 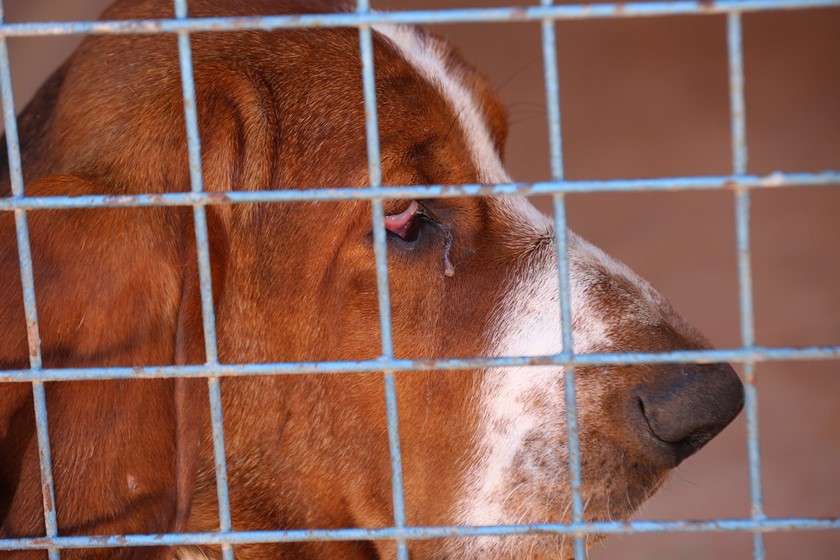 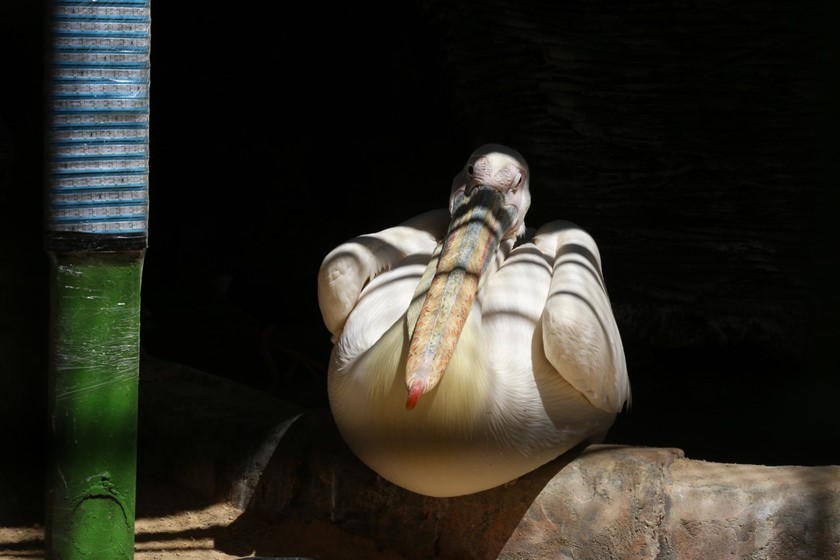 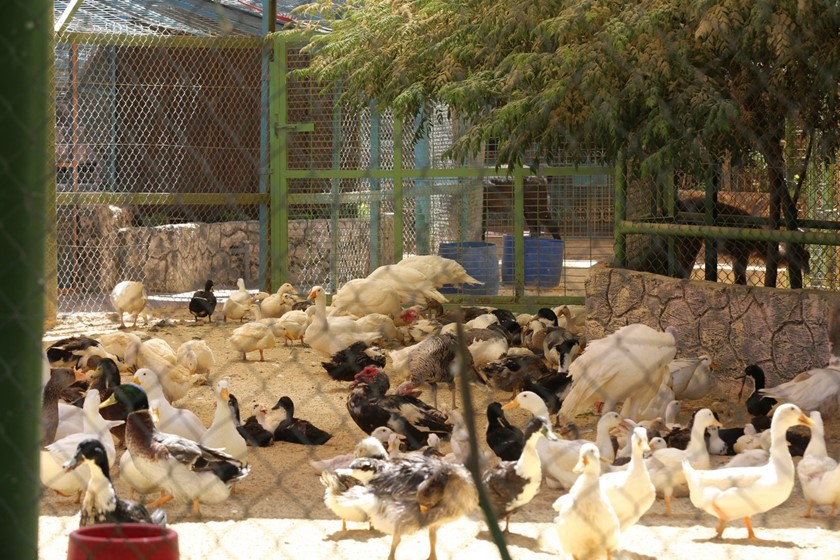 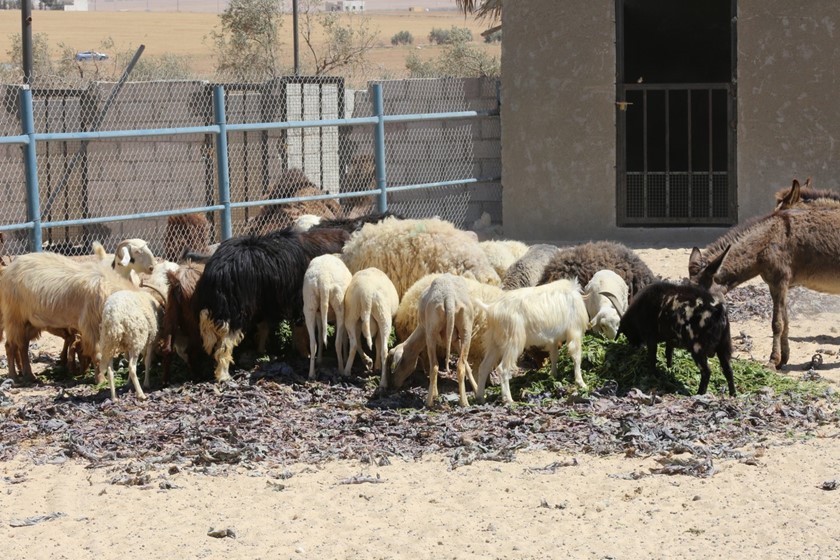 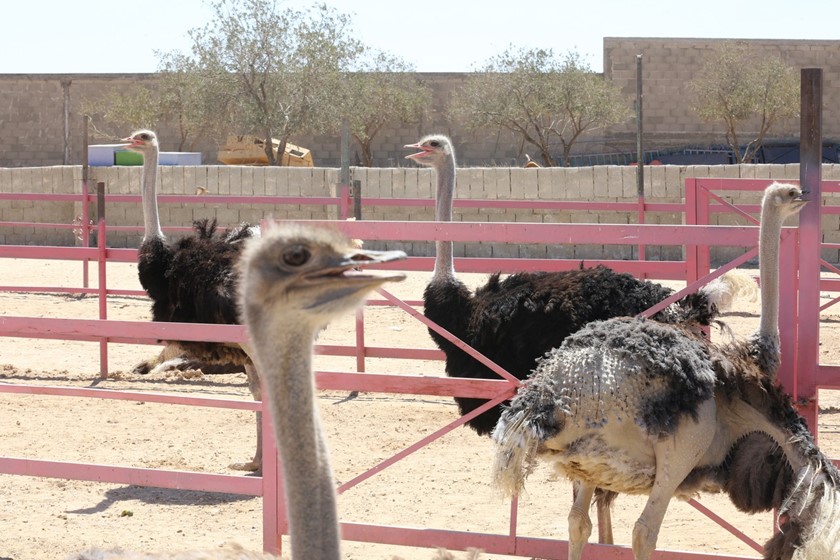