Piercing the still midday air with its jutting dagger-like shape and spine-tingling wail, the Lamborghini Huracan Evo’s seductive V10 siren song carried long across the sparse landscape. Disturbing the dry, desolate desert road with the force and fury of a sudden, violent storm, as its name implies. The Huracan is the epitome of a supercar. Equal parts elemental, evocative, and exotic with its hunkered down design and eager naturally-aspirated mid-engine configuration, the revised Evo’s new bag of tricks makes it more nimble, focused, fluent, and user-friendly, and importantly includes four-wheel-steering.

Under the skin, it gains a sophisticated central processing system that can make dynamic adjustments. Monitoring numerous inputs, this adjusts adaptive dampers, four-wheel-drive, torque vectoring, and traction control as necessary, and can even divert traction to just one wheel.

Responsive from standstill and with seamlessly urgent linear power delivery, the Evo digs deep and pulls hard at low revs, with around 70 percent torque accessible from just 1,000rpm.


Unexpectedly versatile in mid-range, it races to redline in a scintillatingly searing sweep as its salacious soundtrack coalesces from mechanical staccato to resonant metallic snarl, before hardening to an unyielding howl. Scalpel-sharp throttle response, meanwhile, allows one to apply precise power increments and alternatively dial back revs with finger-snap immediacy.

With default rear-biased power distribution for agility, the Evo’s four-wheel-drive reapportions power rear to front for maximum traction in a given situation, while a limited-slip rear differential varies power sideways for sure-footed stability and nimble agility and is aided by a brake-base torque vectoring system for even tidier cornering.

Exhilarating evolution
Thrillingly connected with razor-sharp reflexes and precise input responses, the Evo experience is thoroughly immersive in its heady driver involvement. With Lamborghini cars long-adopting four-wheel-drive to most effectively put power to the tarmac, the Evo now crucially adds four-wheel-steering to its repertoire. Turning rear wheels opposite to the front at a lower speed to effectively shorten its wheelbase and enhance agility and maneuverability, the Evo’s rear wheels, however, turn in the same direction for improved lane change stability and response at higher speeds.

Crisp and eager into corners, the four-wheel-steer Evo drives like a smaller, nimbler car and changes direction with wrist flick quick alacrity and stability. Balanced through corners with its moderately rear-biased weighting within a big footprint, its body control is taut and flat, with adaptive magnetic dampers becoming firmer for corners and more forgiving on straights. Committed and predictable powering out of corners with sticky 305/30R20 rear tires and precise throttle control, it nevertheless feels willing to adjust and tighten a cornering line if needed. 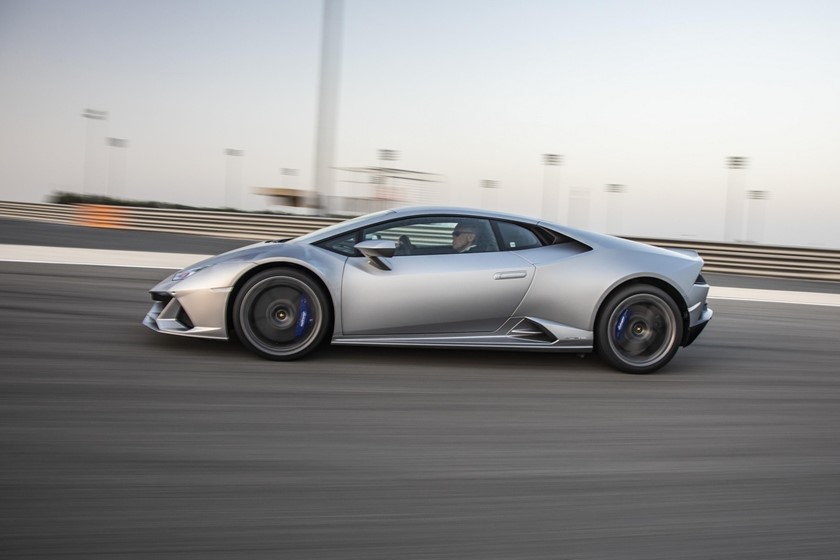 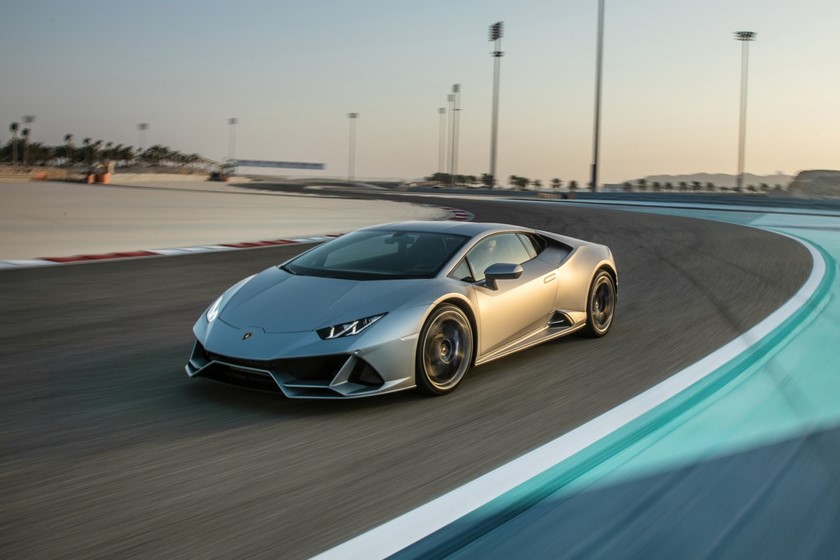 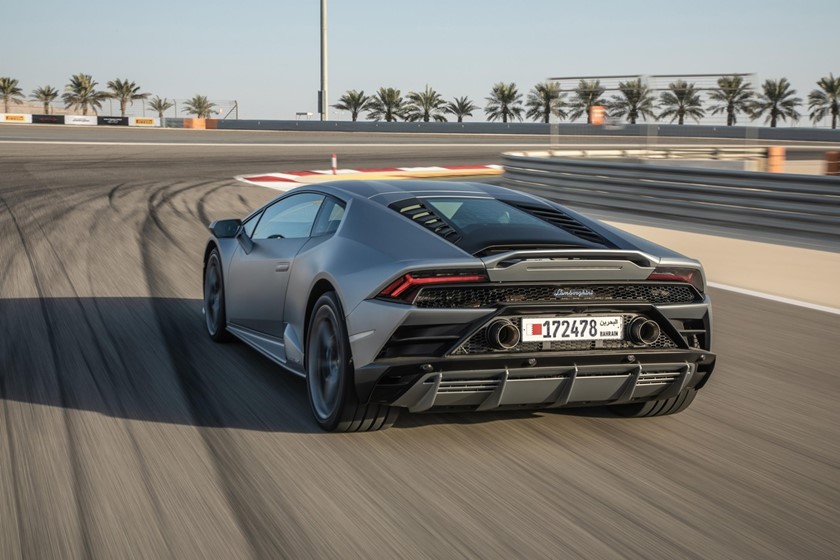 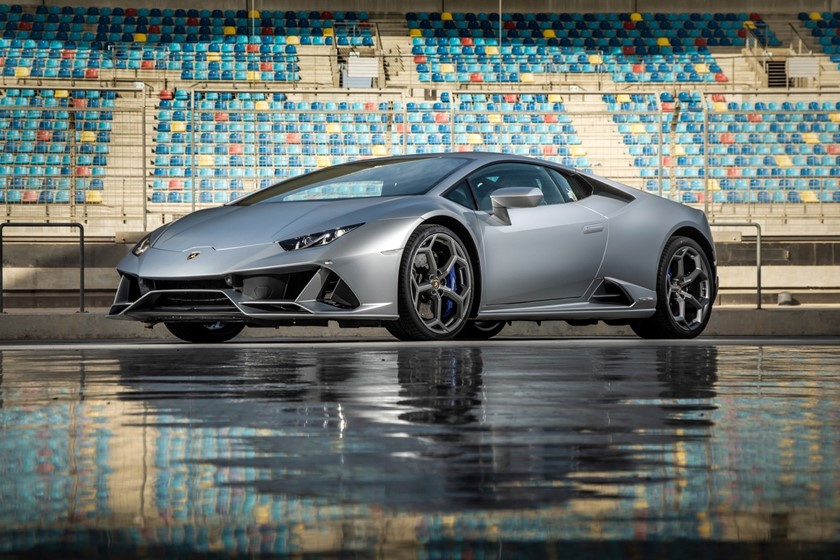 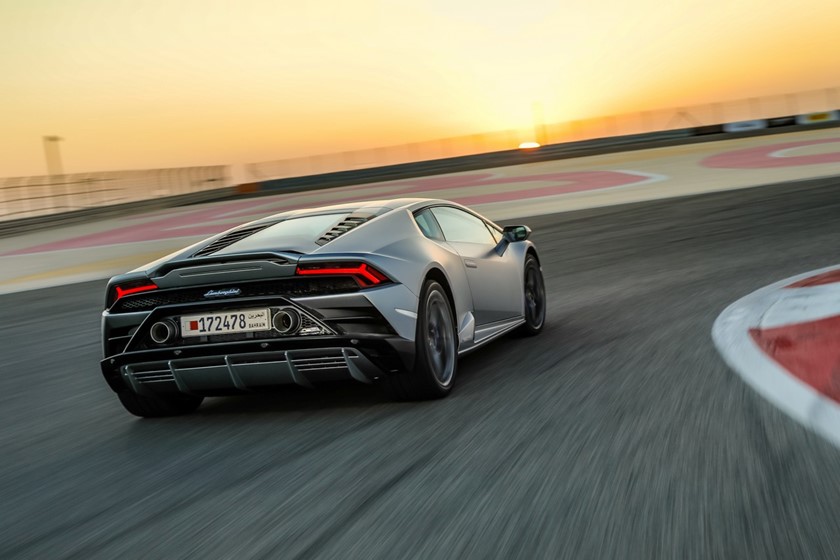 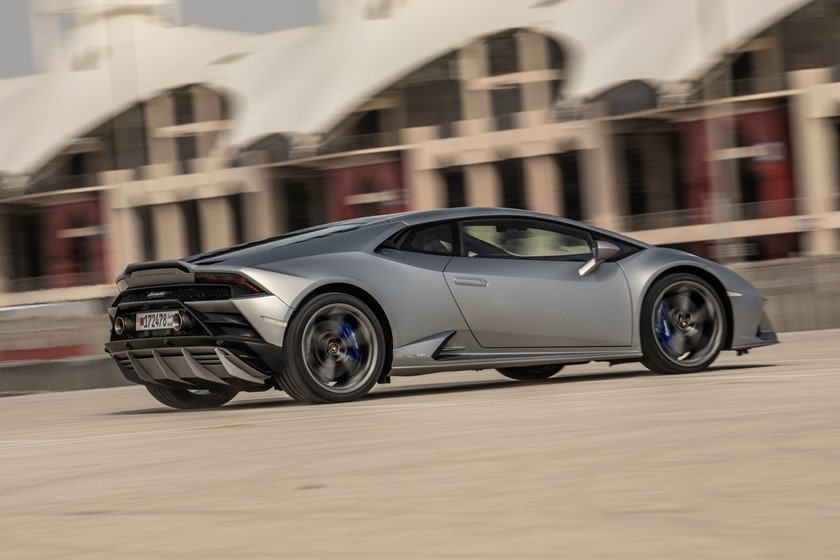 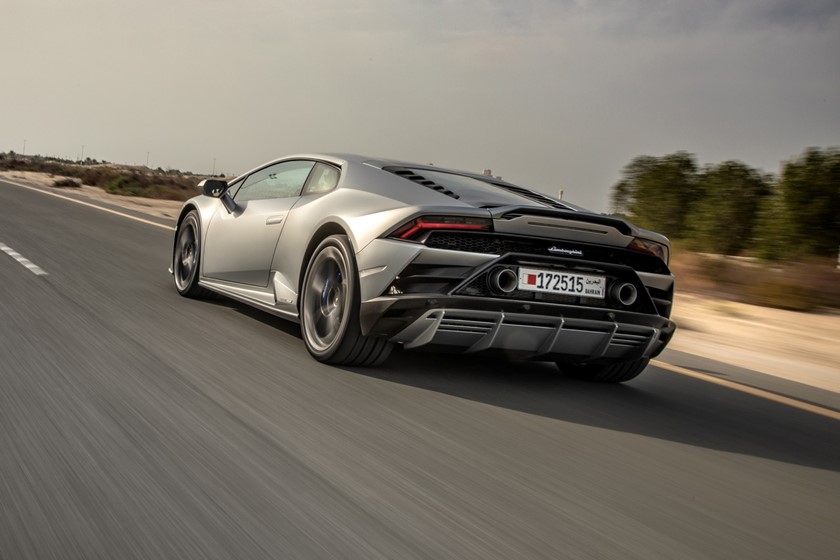 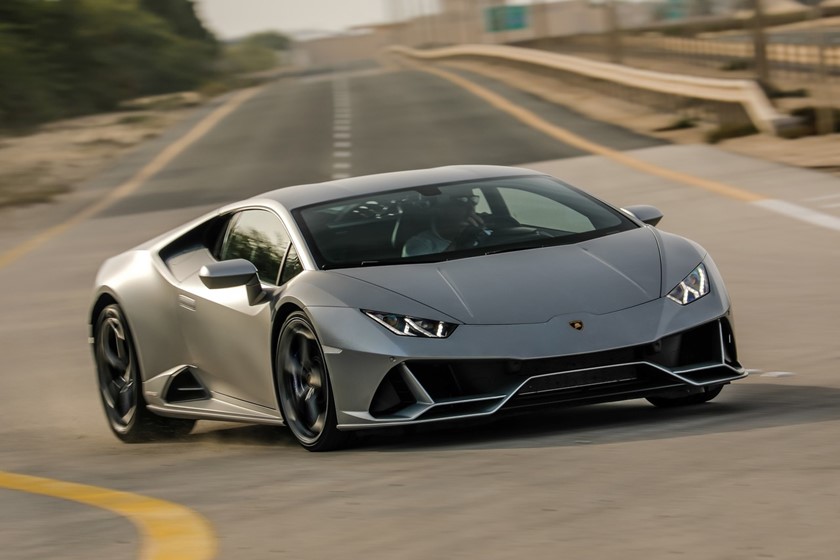 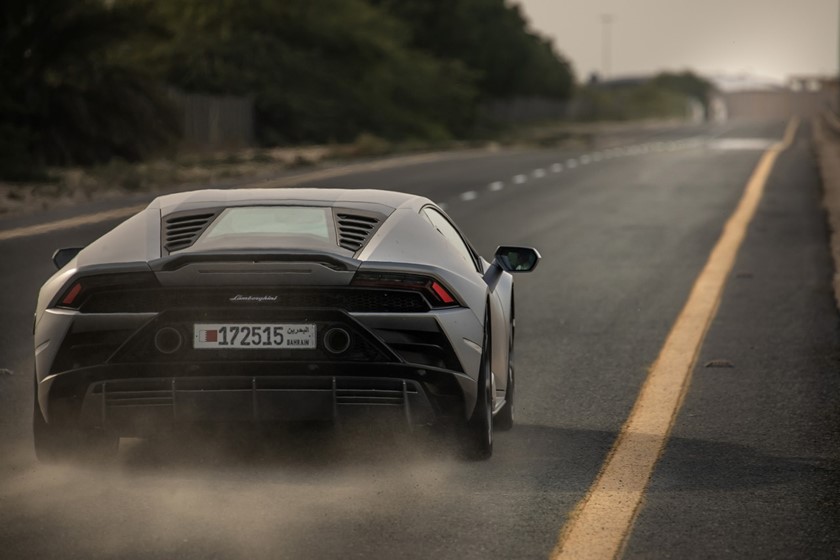 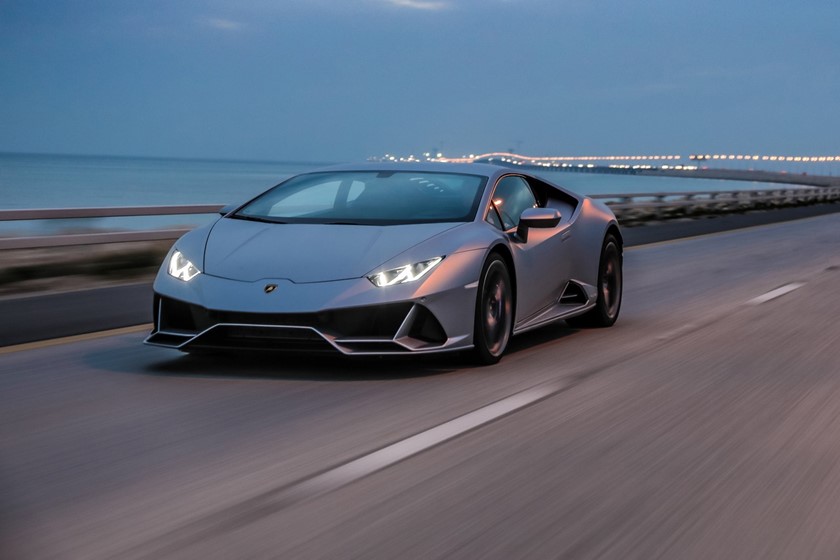 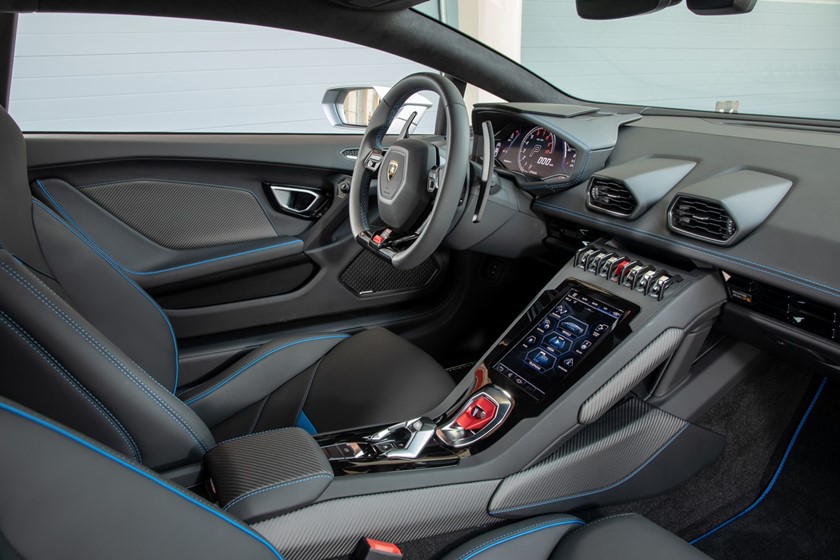 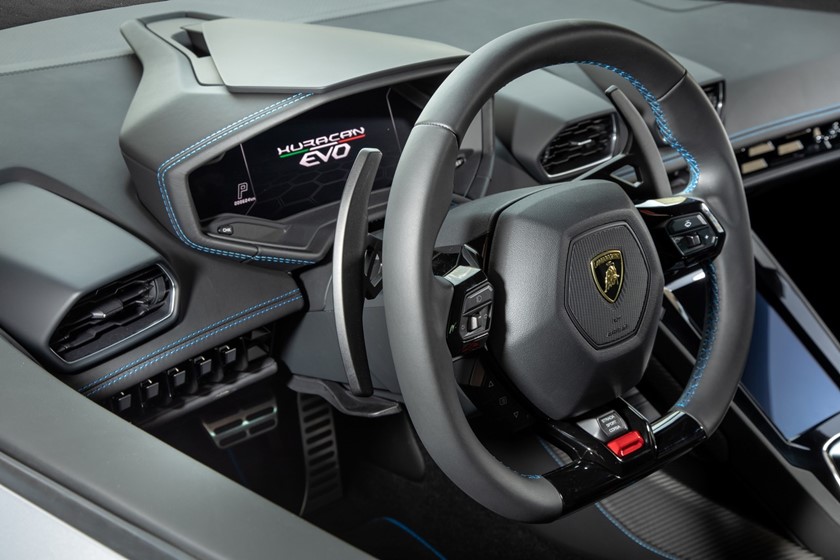 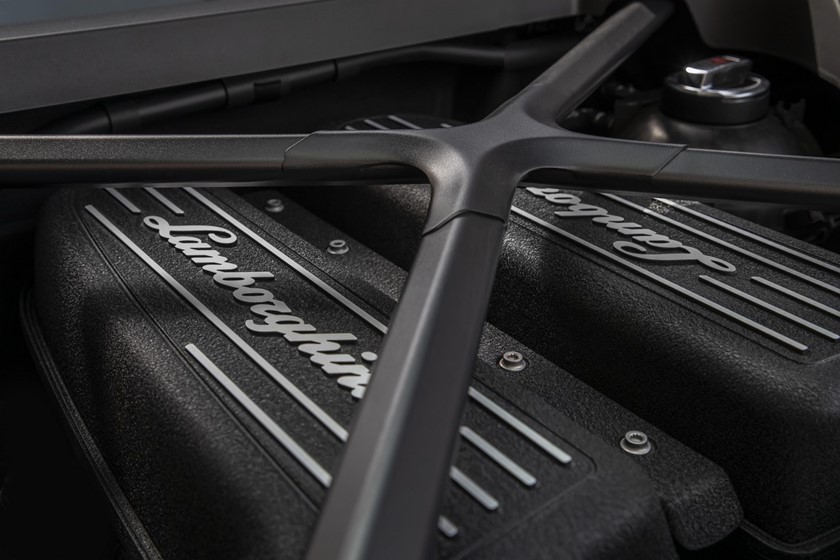 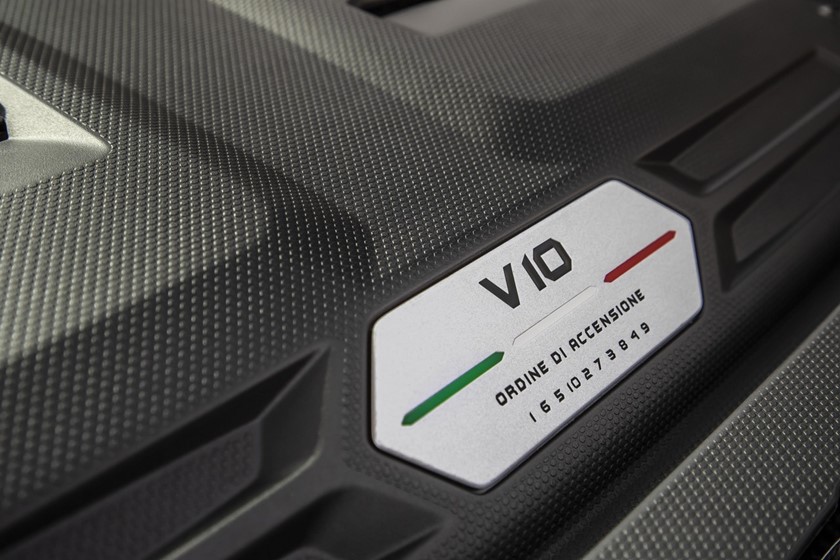 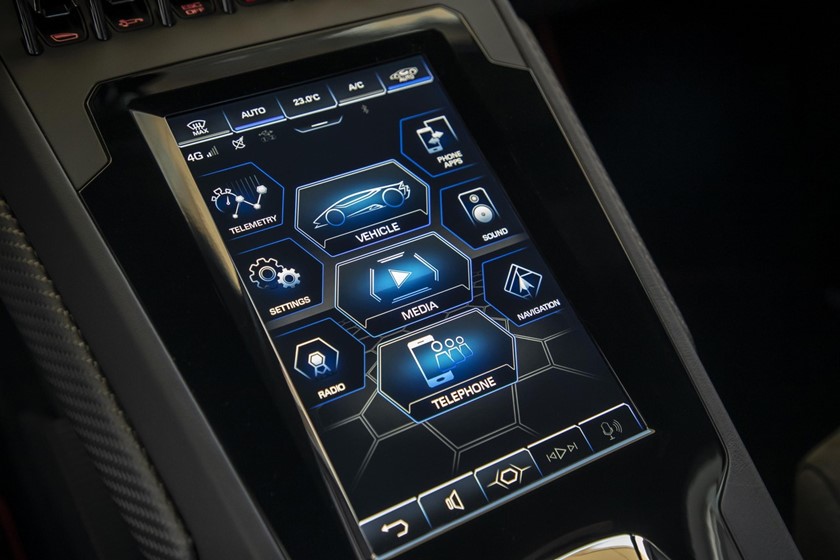