The original, defining American muscle car since its 1964 inception, the Ford Mustang was then the first to reinvigorate the segment when the retro-infused fifth generation model arrived in late 2004. The Mustang was swiftly followed by the modern incarnations of its long-time competitors, the Dodge Challenger and the Chevrolet Camaro, which similarly looked to the past for aesthetic direction. However, the upcoming 2024 model year Mustang now stands to be the final full-blooded, authentic, petrol-powered muscle car. With the Chevrolet Camaro facing an uncertain future beyond its current sixth generation, and an electric-only next-generation Dodge Challenger speculated under French ownership as the long-serving current model winds down, the new combustion engine Mustang comes as welcome news to diehard petrol-heads. Galloping into the future under the recently announced Ford Blue division, which is dedicated to further developing the combustion engine, the new “true blue” Mustang was finally unveiled earlier this month.

Set to launch in 2023, the Mustang will initially be offered with a choice of a turbocharged 2.3 liter four-cylinder EcoBoost engine or two variants of Ford’s naturally-aspirated 5.0 liter V8 Coyote engine, including a performance-oriented Dark Horse iteration. While Ford is expected to field even more powerful versions further down the line, the company has nevertheless catered to enthusiast drivers by providing the option of two different six-speed manual gearbox options for V8 models, or a sophisticated 10-speed automatic for all models. Built on an improved evolution of its soon-to-be predecessor’s rear-drive platform, a MacPherson strut front, and a versatile integral link rear suspension, the next generation Mustang is similar in external and internal dimensions to the current model. However, it is equipped with quicker, more direct electric-assisted steering and a more sophisticated infotainment and technology envelope. The Mustang’s extensive driver assistance systems will also include a drift assistance feature and an Active Pothole Mitigation system with the optional Performance Package.

Familiar in its design cues, stance, proportions, and distinctively athletic character, the new Mustang is, however, characterized by a sharper and more dramatically aggressive flavor, with more angular and deeper-set headlights. The new Mustang’s grille protrudes less under a more jutting hood and the rear lights are sharply angled inward. A broad, moody, and muscular fastback style two-door, four-seat coupe, the Mutang will also be offered as an aesthetically integrated soft-top convertible in its EcoBoost and GT versions.


Speculated to produce up to 480HP, channeled through either a six-speed Getrag-sourced manual gearbox or a 10-speed auto gearbox, and a limited-slip differential, the 2024 GT will come in fastback and convertible variants, with an optional Performance Package – like the EcoBoost. Meanwhile, its defined bumpers, intakes, vents, sills, and spoiler give it a ‘just right’ visceral assertiveness and practical functionality without detracting from the car’s core character. 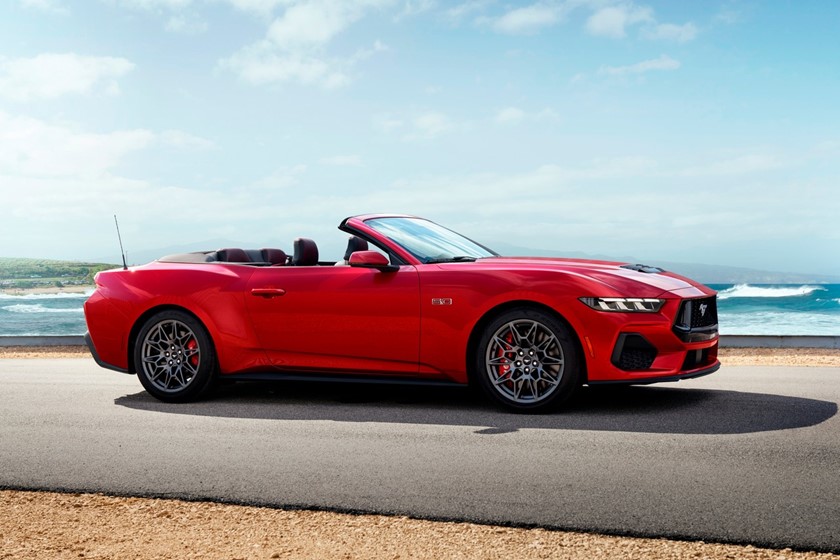 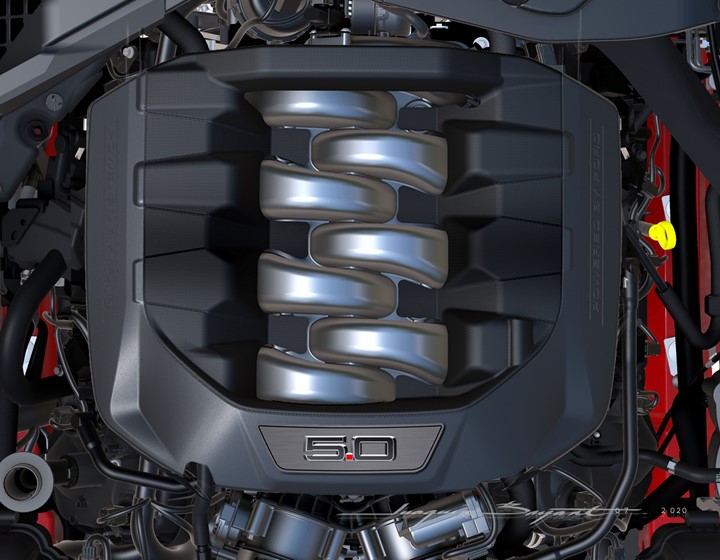 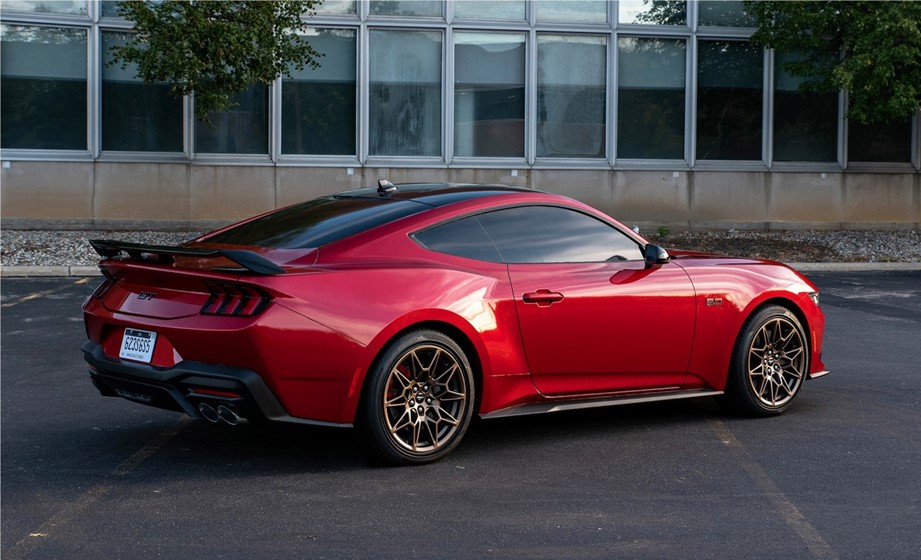 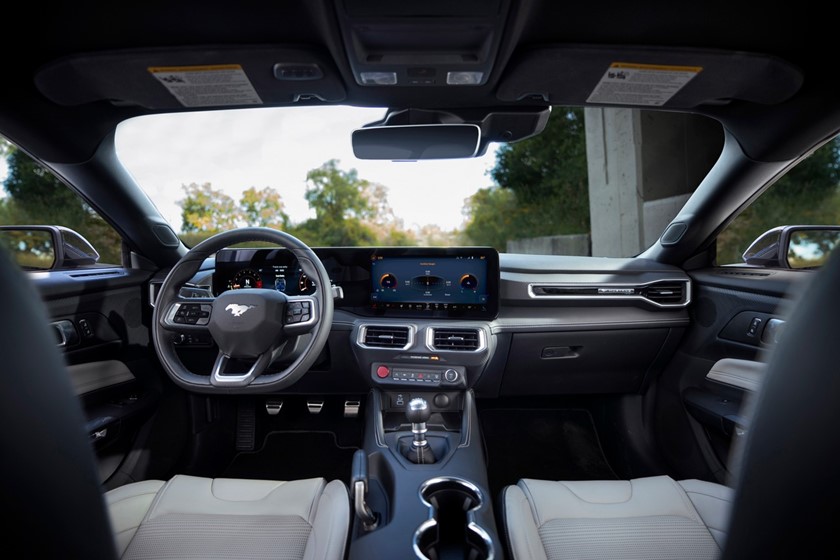 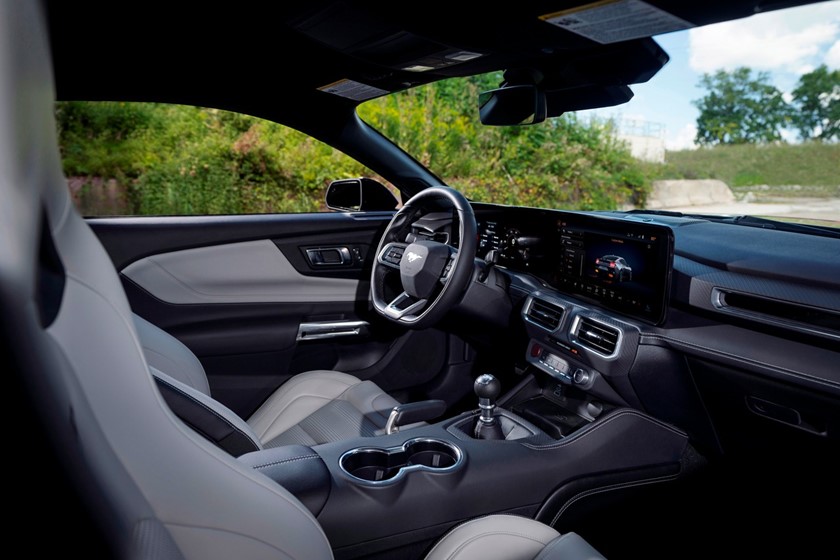 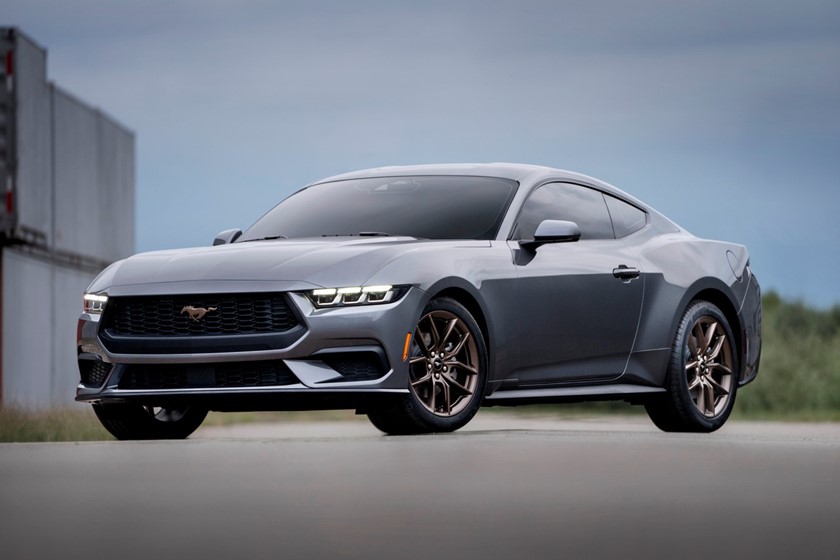