A sensationally swift and seductively stylish super-saloon bearing one of the automotive world’s most desirable badges — with the dynamic prowess to back it up — the Giulia Quadrifoglio is the sort of car that Alfa Romeo should have made as a follow-up to the 156 GTA, circa 2001. Arriving after high-end halo sports car tangents unrelated to the brand’s then hatchback heavy model range, the Giulia Quadrifoglio is instead a practical high-performance model anchored in the brand’s rich heritage of sporting compact executive saloons.

Tangibly related to the first of the storied 112-year-old Italian automaker’s now two crossover SUV lines of only three model lines, the Giulia Quadrifoglio perhaps best exemplifies Alfa Romeo’s core characteristics as its gambit in the German-dominated compact super saloon segment. Competing with cars from far larger brands with many more model lines and high-performance variants thereof, the Giulia Quadrifoglio is a viscerally-charged standout, brimming with a sense of flair and feelgood factor, even among more familiar but nevertheless formidably fire-breathing foes. Eschewing the bluntly brutal aggression that often defines modern super saloons, the Giulia Quadrifolio’s design is curvier in its athleticism, as its feminine name might suggest. With an urgent tension to its long snouty bonnet, flowing roofline, and wide-hipped stance, the Giulia Quadrifoglio’s sense of momentum is accentuated by its rearwards cabin and short, pert rear deck. Its toned surfacing is softer-edged but bulging, while design details include a recurring triangular motif reflecting Alfa Romeo’s trademark shield-like grille design.

The Giulia Quadrifoglio may be a “prettier” super saloon, but with a huge rear air diffuser, quad tailpipes, big mesh intake and gills, side sills, and multiple vents, it certainly is not shy about flaunting the racy thrills it promises. Nestled beneath its swelling bonnet at the heart of a heaving engine bay, the Giulia Quadrifoglio’s hardcore potential is delivered upon by a potent 2.9-liter twin-turbocharged direct-injection V6 engine. Developed by Ferrari, it produces 510HP at 6,500rpm and muscular 600Nm torque over a broad, accessible, and versatile 2,500–5,500rpm band. Siren-like with its snarling, sonorous soundtrack, the Giulia Quadrifoglio is ever-eager to its searing 7,400rpm redline. Higher revving than many twin-turbo cars, it emphasizes explosive top-end power and is similarly uncharacteristic in responsively winding down on throttle lift-off. Nevertheless, the Giulia Quadrifoglio’s mid-range delivery is abundant and effortlessly versatile. The short gas flow path twin IHI single-scroll turbos positioned between its cylinder banks, meanwhile allow for an almost lag-free response and immediacy from standstill as it pounces through 0–100km/h in 3.9-seconds towards a 307km/h maximum. 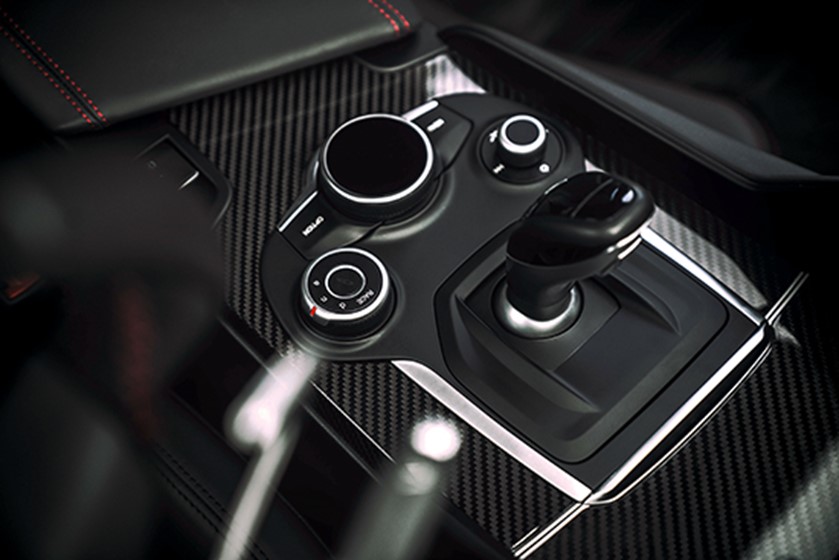 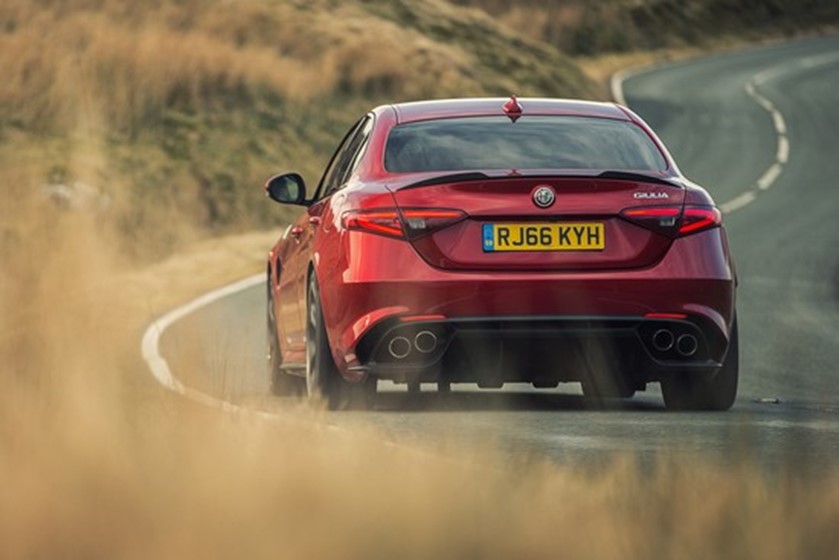 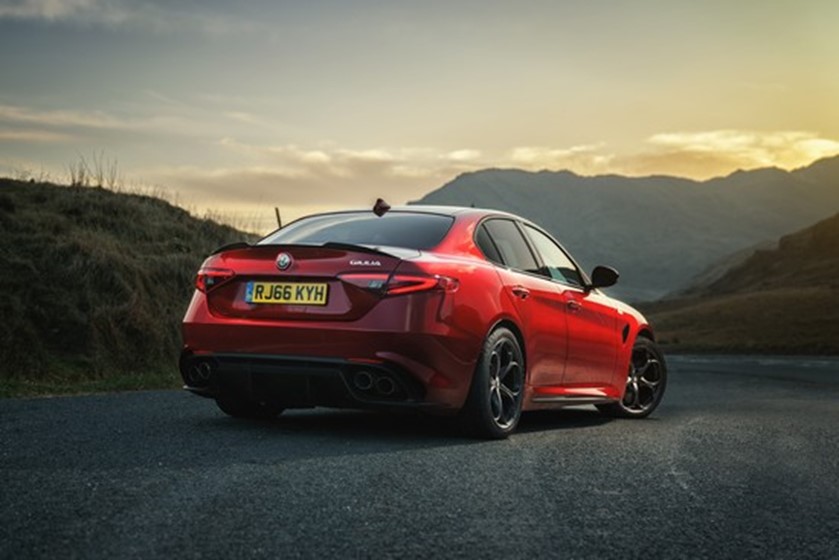 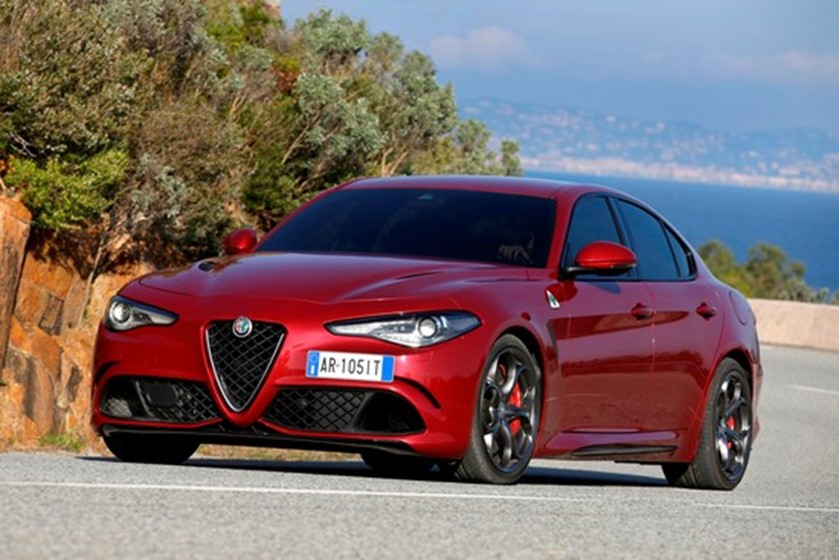 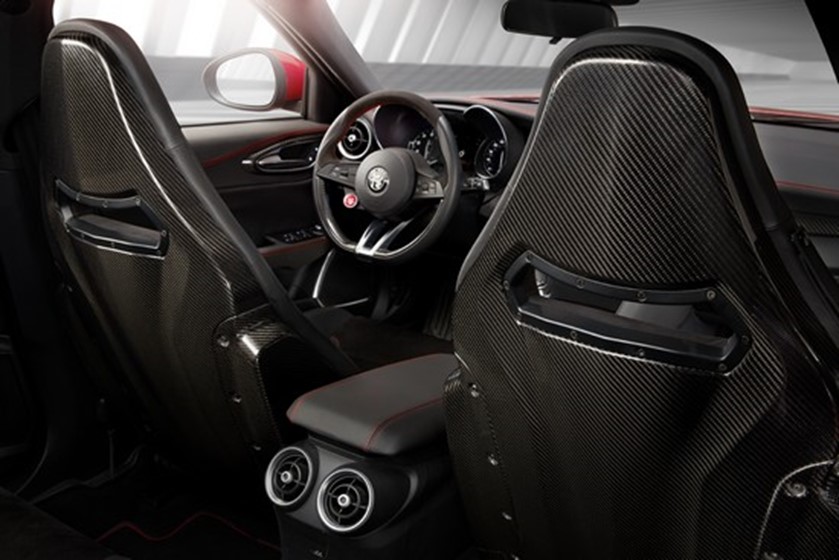 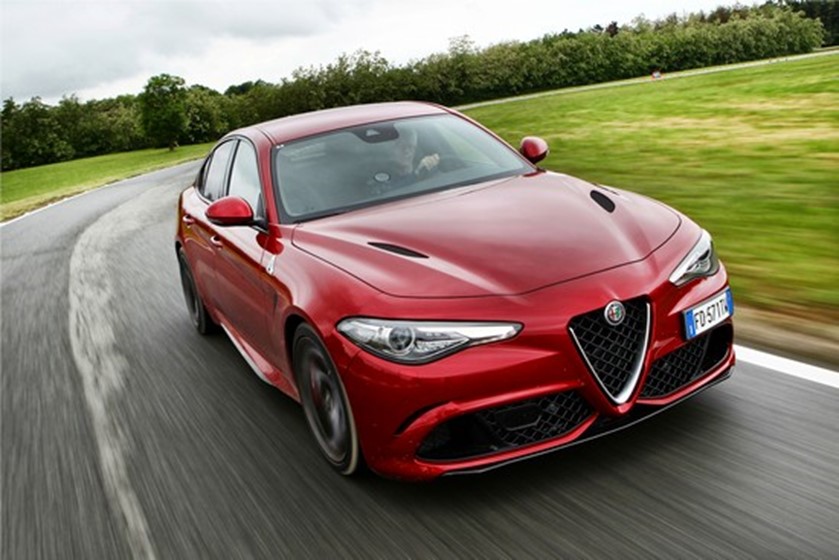 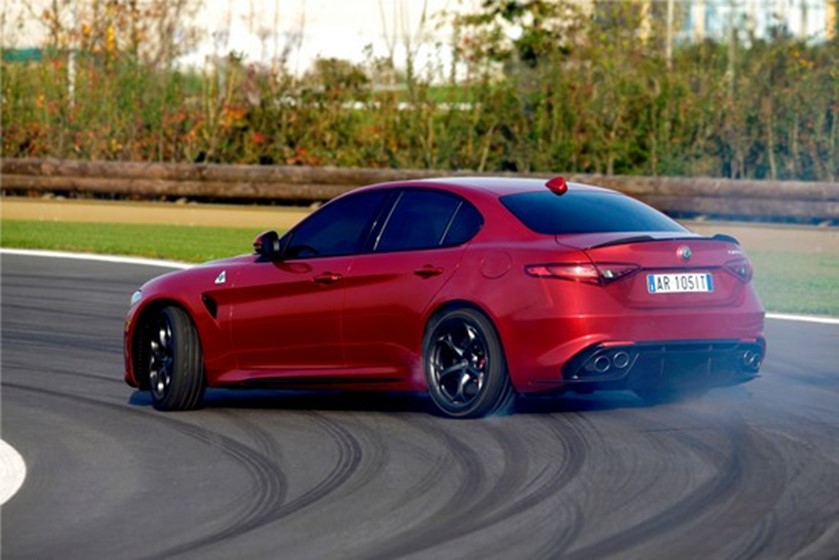