AMMAN — Dozens of men and women gathered in front of Parliament Wednesday in a silent protest against the rise in violence against women in Jordan. The Jordanian National Commission for Women (JNCW) along with Takatoat, a non-governmental, independent feminist coalition, and Feminist Movement Jo (FMJ) organized the stand in front of the legislature’s main gate so that lawmakers would be confronted with the protestors’ placards as they left.


Some protestors wore black and had black tape covering their mouths. “We wore black because we wanted to pay our respects to women who lost their lives at the hands of men,” said JMF founder Emy Daud.

The organizers hoped to bring awareness to certain laws that, in some cases, allow men to get away with murdering women, whether it be for honor killings or when charges are dropped by the victims’ families. “We want these laws to change. These legal gaps put women at more risk of being abused or murdered,” Daud said.

Even though violence against women in Jordan is declining, Daud said that the media plays a vital role in exposing peoples’ thoughts from a social dimension. This month, the region witnessed four high-profile femicides, prompting social justice activists and feminists to try to bring attention to the severity of these crimes. 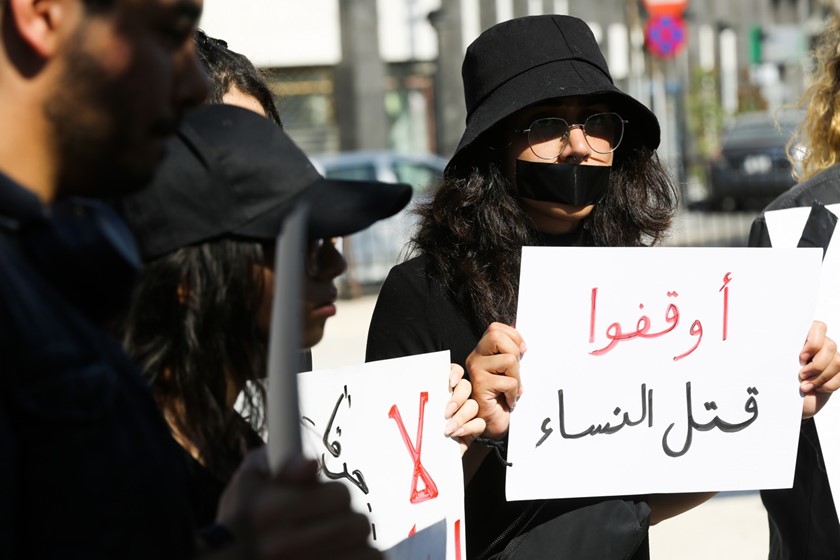 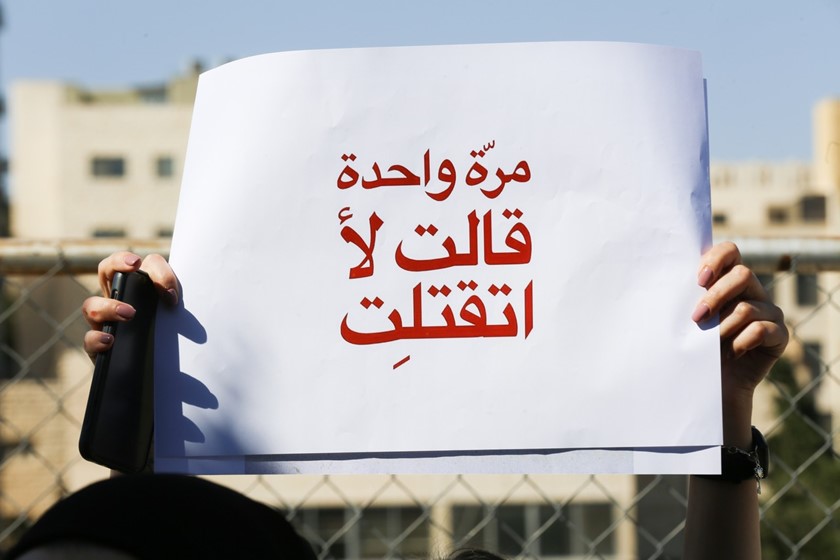 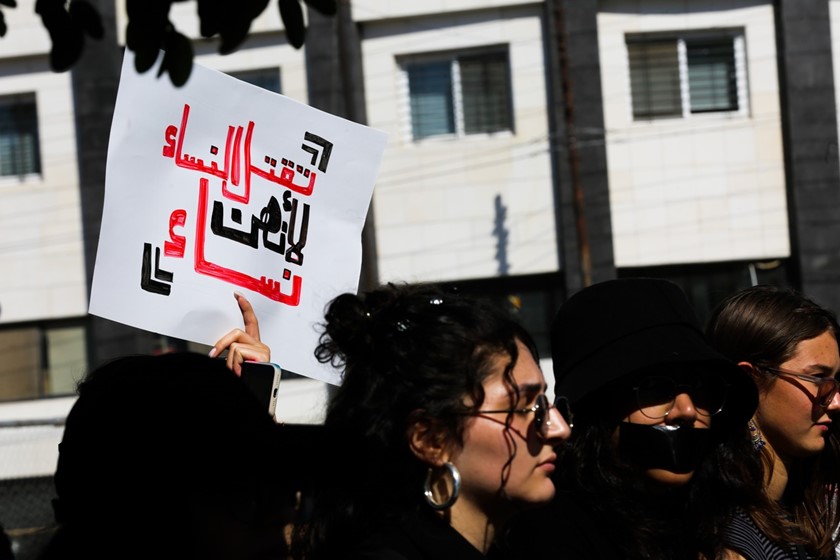 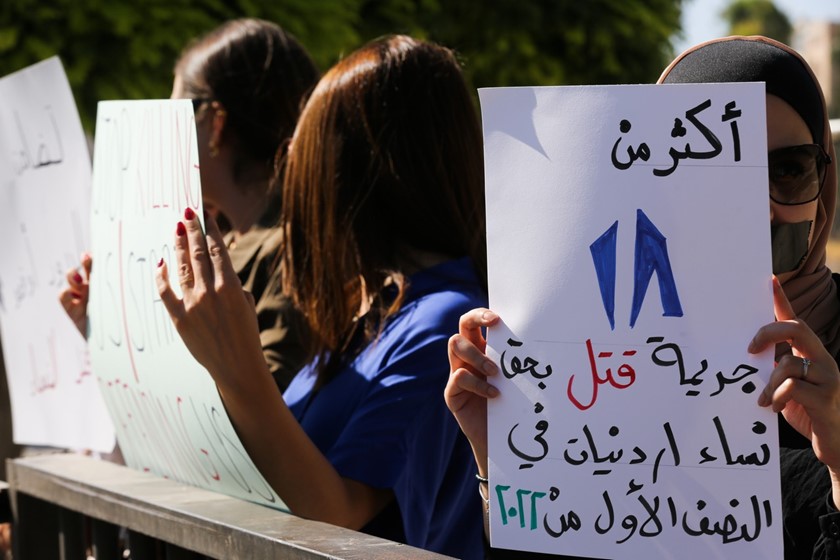 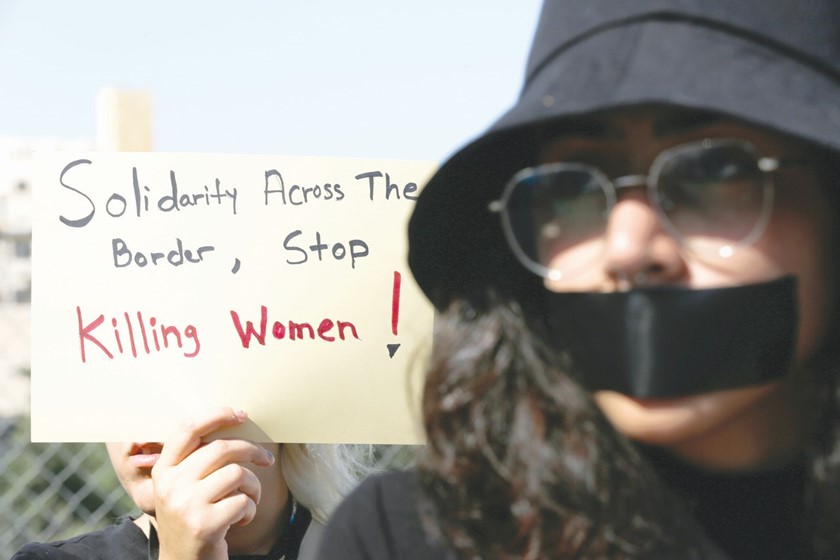 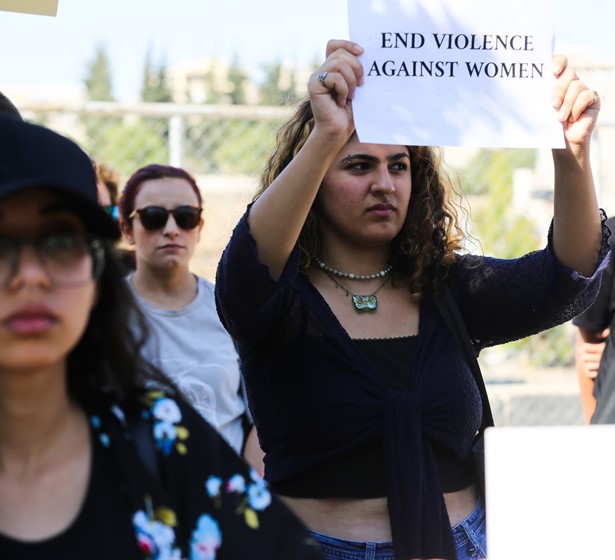 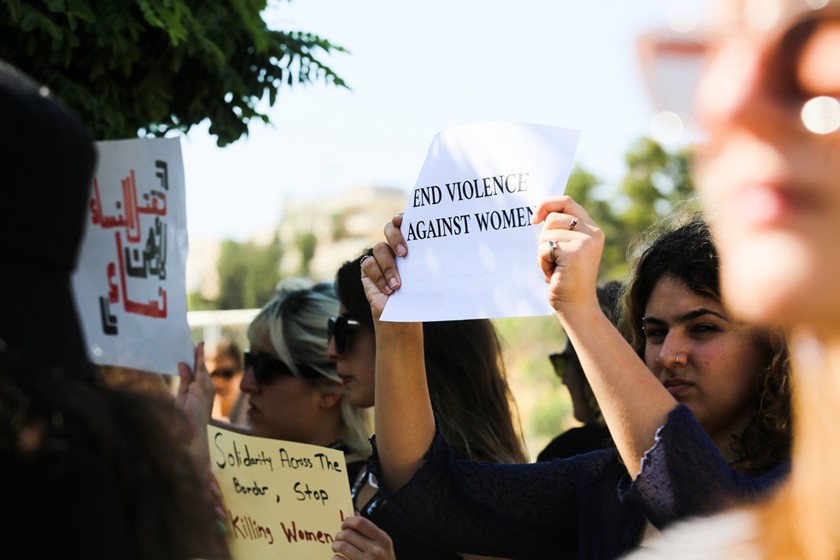 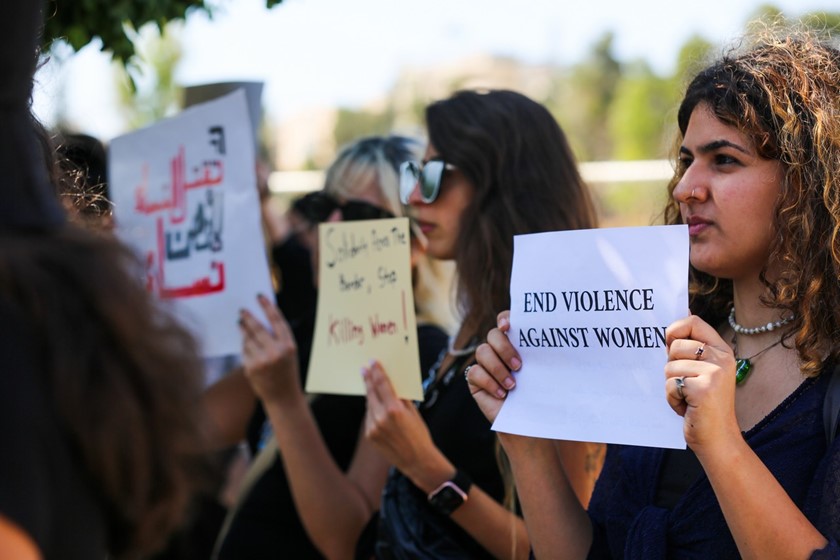 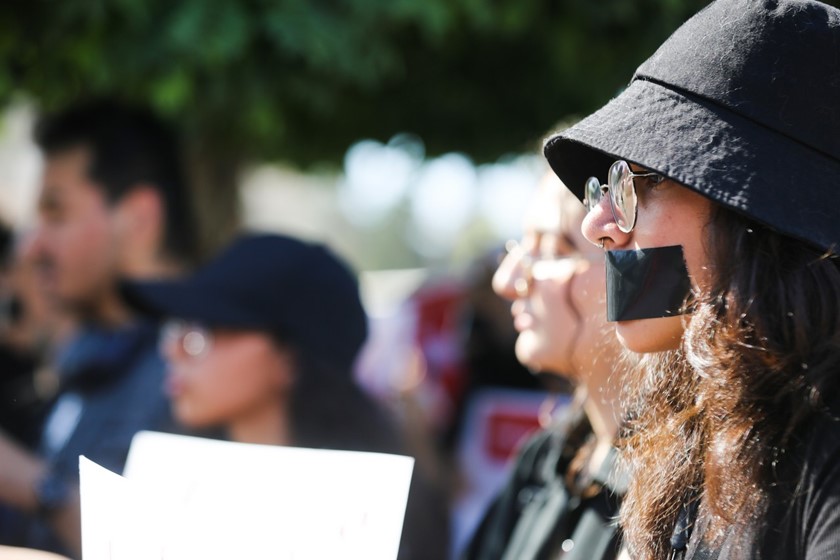 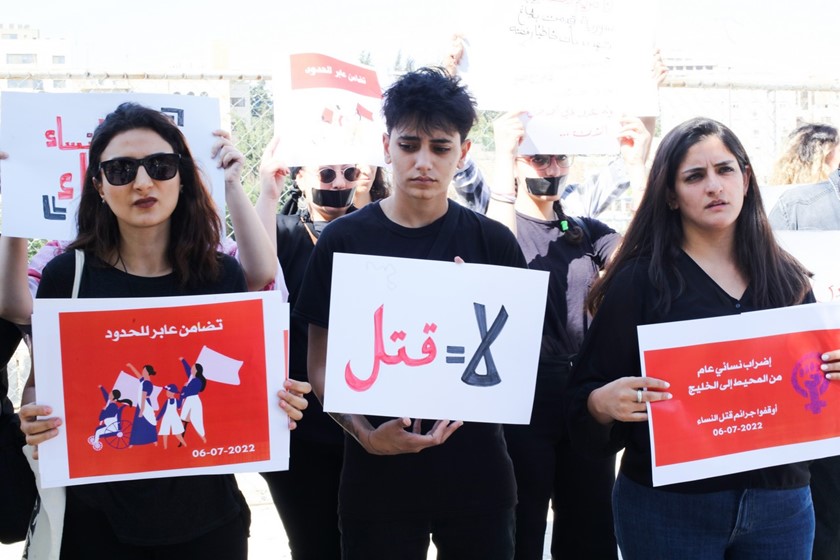 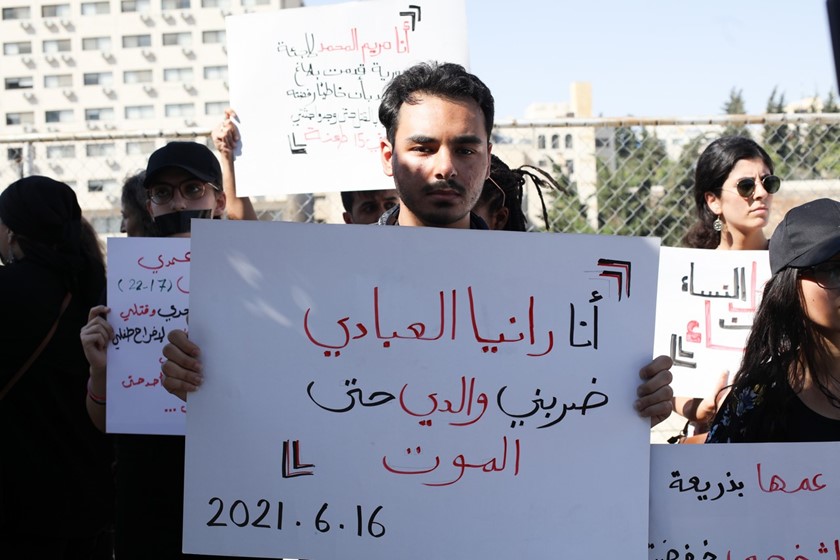 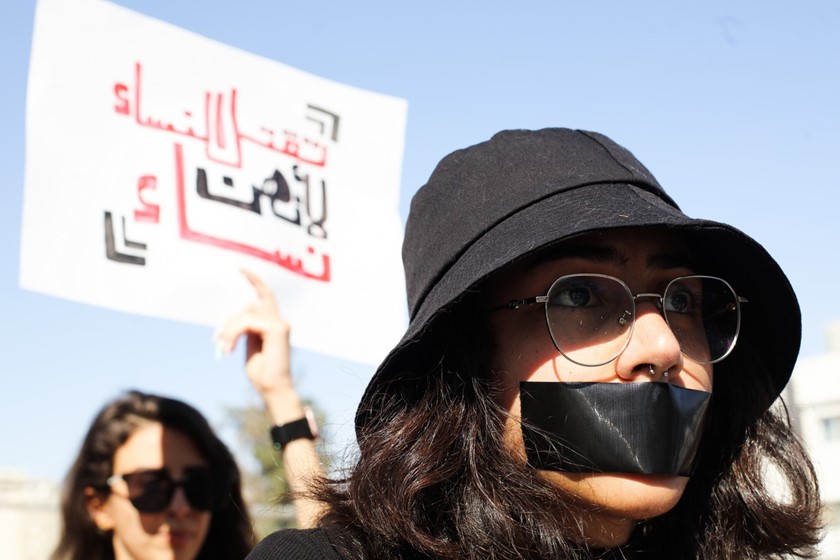 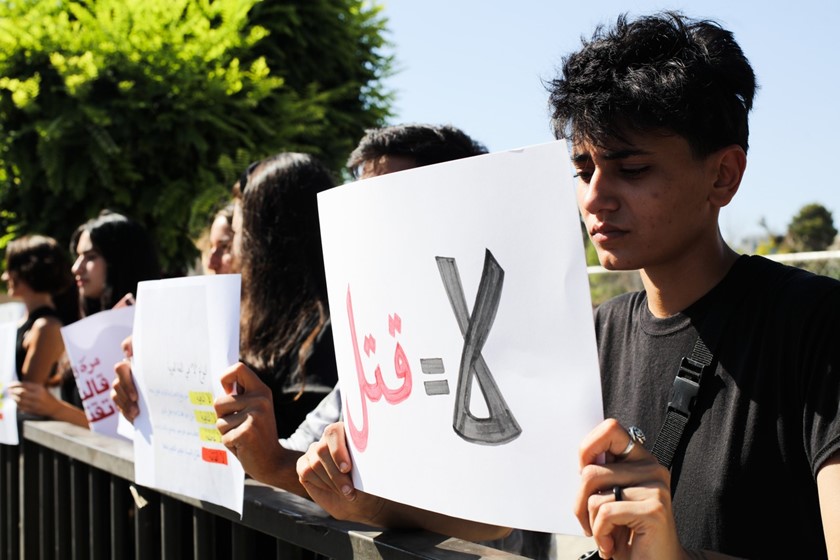 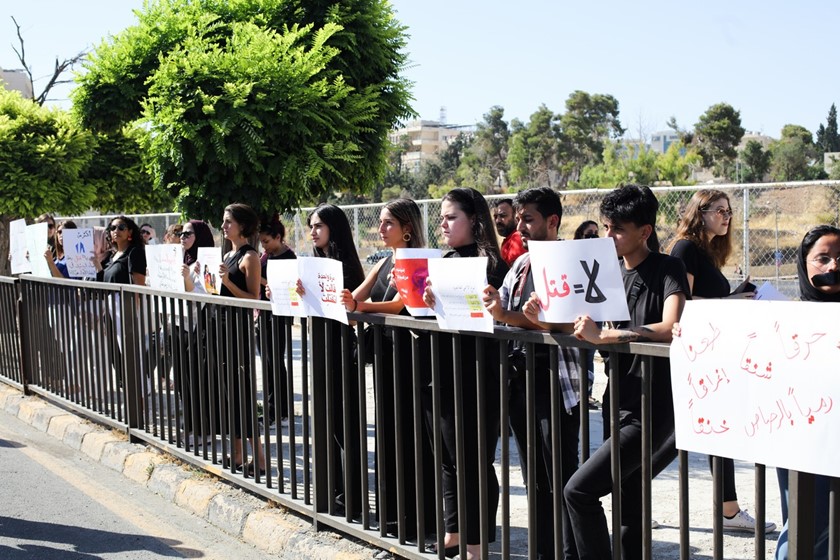 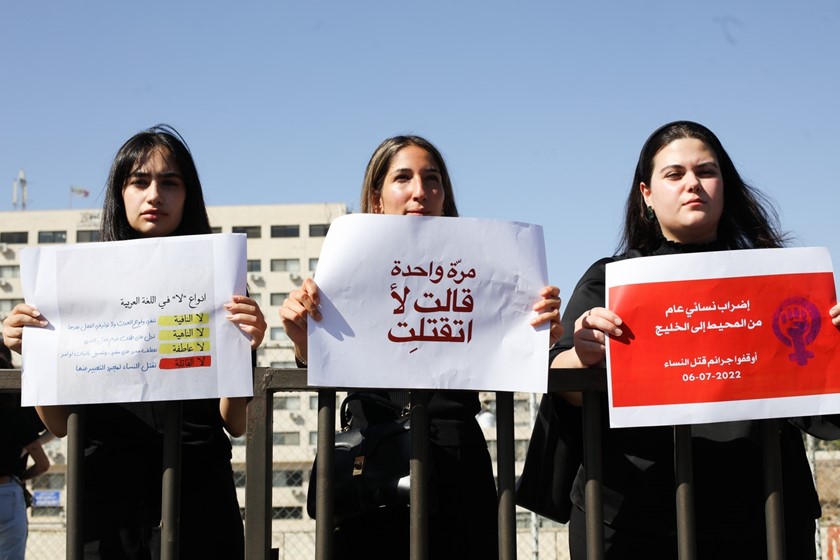