AMMAN — Horses, donkeys, camels and other working animals are a common sight in Jordan’s most-visited tourist attraction, Petra. The animals, led by handlers, ferry visitors up and down the winding paths and rocky steps. But a new plan from the Petra Development and Tourism Region Authority will replace the horse-drawn carriages that shuttle tourists across the site with 20 electric club cars in early July.

“Government officials have – literally – taken a load off animals' backs with the introduction of these game-changing vehicles,” said Jason Baker, senior vice president for international campaigns at People for the Ethical Treatment of Animals, (PETA) in a written reply to Jordan News.

“PETA will continue working and we look forward to the day when we see only animal-free transportation at Petra.” 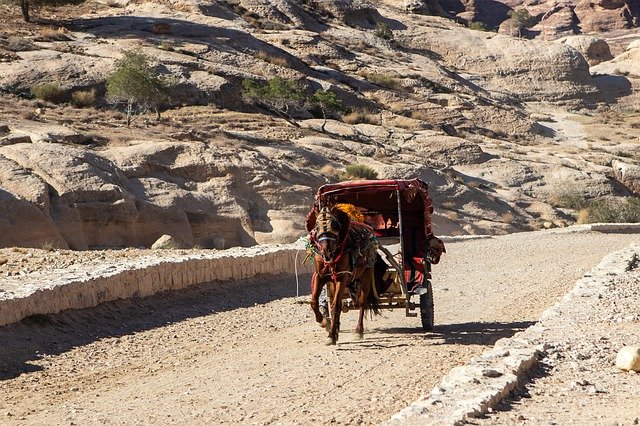 Horse draws a carriage in the ancient city of Petra in this undated photo. (Pixabay)

Usually, up to 200 guides offer rides to tourists using up to 800 animals in Petra, according to the AFP.

According to Suleiman Farajat the chief commissioner of the Petra Development and Tourism Region Authority (PDTRA), all 12 of the horse-drawn carriages, which usually take tourists from the tourist entrance to the Treasury, will be replaced with electric club cars, or golf carts, that can carry up to six passengers. The change will only affect horses inside the Siq (the main road throughout the site), not those outside.

The PDTRA will screen, train, and oversee the drivers of the cars to ensure they are organized and follow codes of conduct. Three-quarters of the profit from the cars will go to the horse owners’ association.

“This will be a revolution in the transportation of Petra,” he said, hinting at future plans to introduce electronic buses as well.

Farajat told Jordan News that there are three motivations for the change: animal welfare, preservation of the site (which can be damaged by the wheels of carriages), and creating jobs for locals who will drive the cars. He noted that contrary to some media reports, donkeys will not be affected by the change.

Farajat emphasized that the long-standing plan was developed internally by the Jordanian government. “The plan to replace the horse-led carriages with club cars has been discussed for many years. It’s implemented as part of a long-term transportation and transformation plan,” he said. “This is purely Jordanian, purely our own decision.”

PETA has long taken aim at the conditions of Petra’s working animals and campaigned for tourists to stop riding them. The organization’s work in Petra began in 2017, when it published an eyewitness investigation documenting the widespread abuse of 1,300 animals. The organization found that the animals were routinely beaten and whipped while enduring an 8km course across the site five or more times a day in the heat with tourists on their backs. 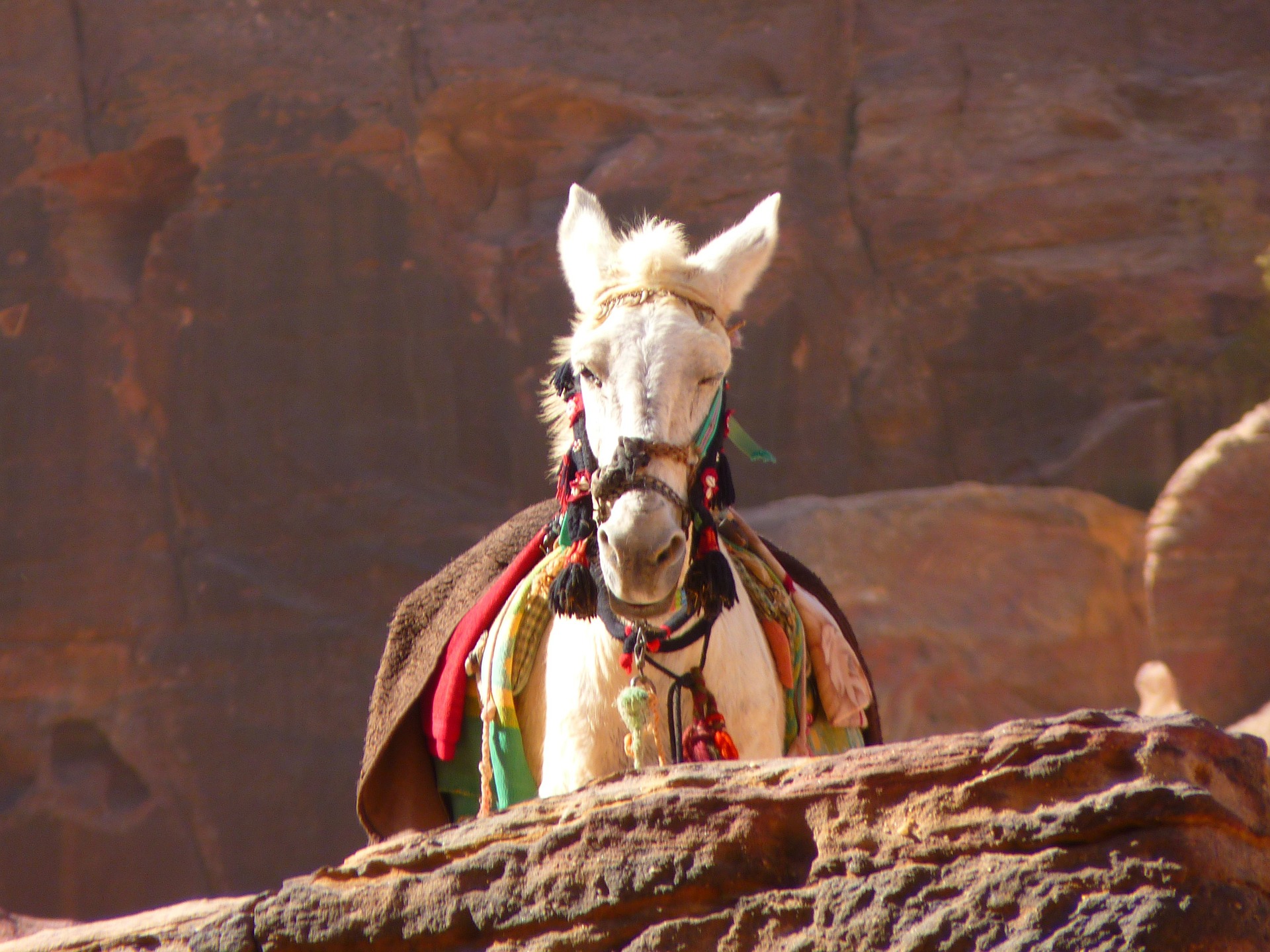 Subsequently, it launched a free veterinary clinic in Petra, “the only facility of its kind in this vast and beautiful region,” according to Baker.

The clinic receives 10 to 15 cases a day of animals suffering from injuries, colic, exhaustion, and other ailments, and is currently expanding; they are looking to hire an equine veterinarian and a veterinary clinic assistant.

Farajat emphasized his agency’s own dedication to animal welfare. “We support the work of different animal welfare organizations, mainly the Princess Alia Foundation, Four Paws, and PETA, and others.”

A history of animal welfare concerns
He added that the PDTRA had started its own animal welfare program in early 2020, but its implementation was delayed due to COVID-19 in 2020.

The pandemic has had a devastating impact on Jordan’s tourism industry, including the drivers who typically guide horses and other animals through the archaeological remains. According to PETA, this has meant even more harm for Petra’s animals.

“Unfortunately, not much has changed for animals,” Baker said. “While there are less tourists around riding the animals, we now see more cases where people can’t afford to feed the animals, and the numbers of abuse cases haven’t really changed.”

He explained that the clinic has been full during the pandemic. “People have little to no money left, and the government has not helped provide any food or assistance for the care of the animals,” he said. The clinic has turned to providing food to animals whose owners, out of work, are unable to pay for their feed anymore.

Baker emphasized the importance of changing Jordan’s social views about animals. “Changing the way people think about animals is always important to us, and this must be done through education, especially here, where children are often sent out to work with the animals,” he said.

As Farajat pointed out, the use of domestic animals is a deeply rooted aspect of Jordan’s culture and history, providing a livelihood for bedouin communities in particular — which makes the work Baker described challenging. The animals, and the chance to get a photo atop a camel, are also an important pull for tourists at Petra.

“Using animals is part of our heritage and part of our tradition,” Farajat said. “We will encourage the use of animals in the future, especially horses, and camels, in a nice way, where they are dealt with well.”

He proposed alternatives to riding that will also showcase Petra’s animals, like horse stables tourists can visit.  “Animals can be used in other ways as a tourism product.”

Despite the draw of animal rides, “there are more negative impacts, including the damage to the site, kids not going to school, (and) animal mistreatment, which in a way does not reflect this Muslim society but also conveys the wrong message and will have a negative impact on tourism incoming to the country,” Farajat said.

“At the end of the day, the only way to stop the suffering of the horses, donkeys, mules, and camels suffering in Petra is for tourists to never ride them,” PETA vice president Baker concluded.